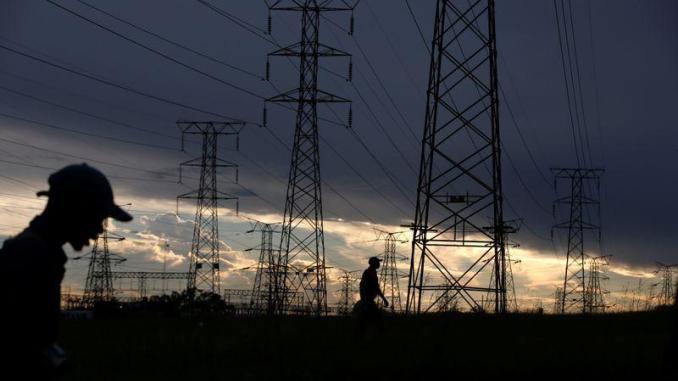 Johannesburg — Many South Africans could be without electricity this weekend if rain continues, state power utility Eskom said on Friday, after announcing it would cut up to 4,000 megawatts (MW) of power as wet weather makes it difficult for power stations to use coal.

Coal handling problems have led to generating units being unable to produce power, it said in a statement.

The cash-strapped utility said that since these units have not returned to service as planned, unavailable capacity has risen to about 13,000 MW, while demand stands at 1,000 MW.

“The increase in the load-shedding stage is intended, among other things, to cater for unplanned further trips and to create capacity to replenish water reserves for our pumped storage schemes,” Eskom said.

The utility is using diesel and water resources to supplement capacity.

The utility has a total of around 45,000 MW of generating capacity.

Eskom’s troubles have become one of the biggest challenges for President Cyril Ramaphosa, who is trying to fix ailing state firms including South African Airways, which has entered a form of bankruptcy protection, and revive growth in the country’s economy.

His government announced an overhaul of the power sector in a paper published in October, confirming the break up of Eskom over the next three years and opening the industry up to competition.

The aim is to change a situation where South Africa is reliant on Eskom’s aging coal-fired power stations, which produce more than 90% of the country’s power.

On Thursday, Eskom said the system was severely constrained, with unplanned breakdowns of generating units with above 12,300 MW capacity.

It extended power cuts on Thursday from 11 p.m. to 5 a.m. on Friday, as a result of further unplanned breakdowns, critically low water levels at its pumped storage schemes and as it had to manage its diesel reserves.