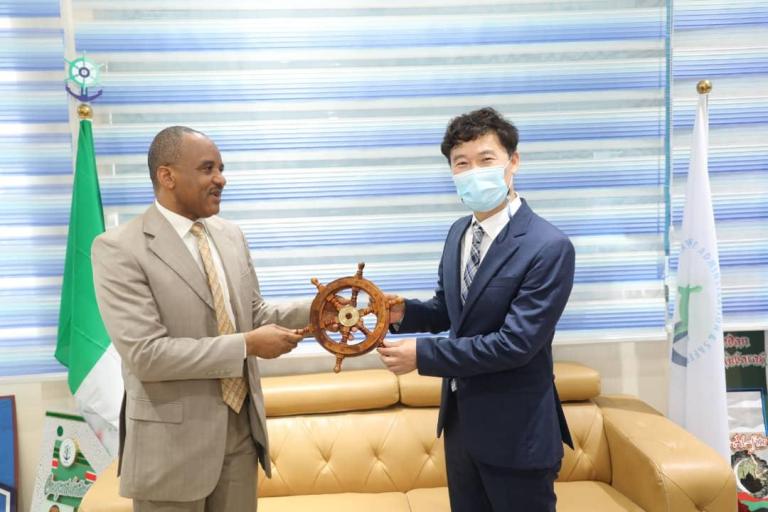 Lagos — IN a bid to further enhance maritime security, Nigeria through the Nigerian Maritime Administration and Safety Agency, NIMASA, is currently in talks with the governments of South Korea and Belgium to seek their support in tackling the menace of piracy in the Gulf of Guinea, GoG.

Disclosing this in Lagos, the new Consul-General of the Korean Embassy, His Excellency, Kang Haenggu, and Ambassador Designate of Belgium, His Excellency, Daniel Bertrand, pledged to give support in whatever capacity to assist Nigeria in fighting against piracy in the region.

The Ambassadors made this pledge when they paid courtesy calls on the Director-General of NIMASA, Dr. Bashir Jamoh, at the Agency’s headquarters in Lagos saying that the absence of pirates in the region will enhance trade.

The envoys acknowledged the security challenge in the Gulf of Guinea and promised to support Nigeria’s efforts to improve security in its waters.

Haenggu and Bertrand, in their separate submissions, pledged their determination to improve ties between their respective countries and Nigeria in shipping development and maritime security. 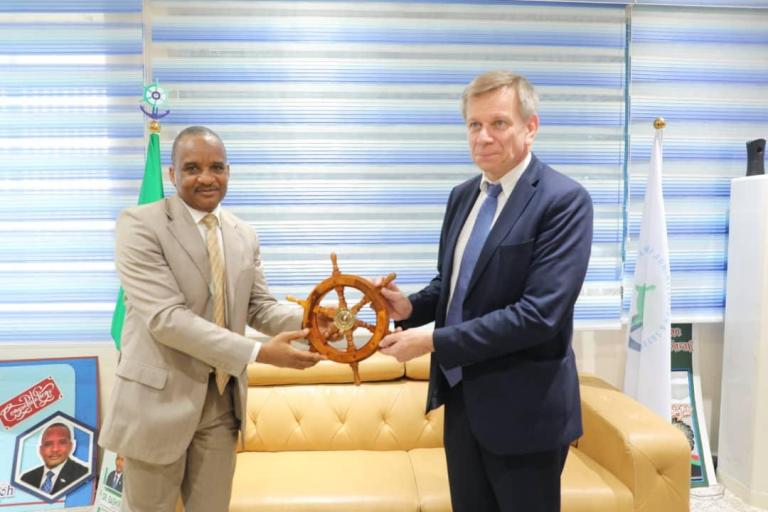 *Director-General of the Nigerian Maritime Administration and Safety Agency (NIMASA), Dr. Bashir Jamoh (left), presenting a souvenir to the Ambassador Designate of Belgium, His Excellency, Daniel Bertrand, during a courtesy visit by the envoy to the Director-General at the Agency’s headquarters in Lagos.

Haenggu hailed the “strong working relationship” between the Korean Embassy and NIMASA, saying he looks forward to continuing it. And Bertrand said his priority was to promote commerce between his country and Nigeria.

Speaking with the South Korean and Belgian delegations at separate meetings, Dr. Jamoh said the Nigerian government places high premium on safety and security of shipping in its waters and the Gulf of Guinea, and has invested heavily in maritime security infrastructure.

Jamoh reiterated NIMASA’s determination to curb criminal attacks in Nigerian waters and the Gulf of Guinea.

Jamoh said, “Nigeria has made huge investments in the establishment of a comprehensive maritime security infrastructure. The Integrated National Security and Waterways Protection Infrastructure, also called the Deep Blue Project, is designed to secure our waters, up to the Gulf of Guinea.

“The project is nearing completion, with more than 80 per cent of the assets, comprising Special Mission Vessels, Fast Intervention Boats, Unmanned Aerial Vehicles, and Armoured Vehicles, already in the country.

“The information and intelligence hub of the Deep Blue Project, the Command, Control, Communication, Computer, and Intelligence Centre (C4i), was commissioned in August last year. The Centre is up and running with round-the-clock production of needed maritime domain awareness. The C4i has helped to identify and monitor activities in the black spots, leading to arrests of many suspects in recent times.”

The Director-General also said investigation had revealed that Somali pirates were now active in Nigerian waters and the Gulf of Guinea. He said the pirates often navigated through Nigeria’s maritime boundaries, and sometimes came through the land borders. He stated that the Maritime Intelligence Unit, recently established by NIMASA to help nip maritime crimes in the bud through identification of early warning signs, had revealed a relationship between crimes in the Nigerian maritime domain and the Somali pirates.

“We discovered a correlation between crimes in our waters and the activities of the Somali pirates,” he stated, adding, “They have a means of navigating from the coast of Somalia to Nigeria, through the waters of our West African neighbours. In some cases, they enter through the land borders and commission boats to carry out their activities.”

He said Nigeria had developed an action plan to monitor the progress of its National Maritime Security Strategy, saying, “Our goal is to achieve a sustainable end to criminal attacks in our territorial waters.”

Jamoh called for South Korean and Belgian investments in the Nigerian maritime industry, particularly in the areas of wreck removal and shipbuilding, as well as assistance in the training and certification of Nigerian seafarers.