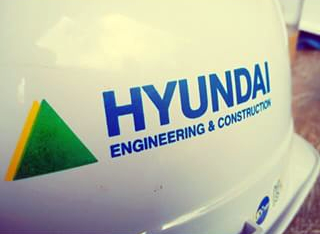 29 October 2018, News Wires — South Korea’s Hyundai Engineering & Construction said on Monday that it scrapped a 595 billion won ($521 million) deal to build a petrochemicals complex in Iran, saying the Iranian customer’s ability to fund it had been hit by the prospect of U.S. economic sanctions against Tehran.

In a regulatory filing, Hyundai E&C said the consortium it led for the project’s construction canceled the contract on Sunday.

“The contract was canceled because financing is not complete, which was a prerequisite for the validity of the contract, as external factors worsened such as economic sanctions against Iran,” Hyundai E&C said in its filing.

From Nov. 4, the United States will re-impose sanctions against Iranian crude oil exports as part of President Donald Trump’s efforts to force Tehran to accede to a more restrictive deal on limiting its nuclear and missile programs.