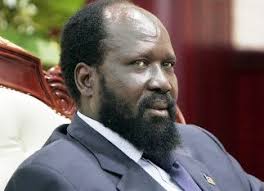 24 August 2018, Sweetcrude, Lagos — South Sudan will recommence oil production on Saturday at Toma South blocks 1, 2 and 4 following successful completion of preparations for the re-launch of production from the blocks.

The move to recommence production from the blocks, known as are El Mar, El Toor, Manga and Unity oilfields, will boost the East-Central African nation’s oil and gas to accelerate its economic progress.

The country’s minister of petroleum, Mr. Ezekiel Lol Gatkuoth and Mr. Azhari A Abdalla, minister of petroleum and gas of Sudan, with direct supervision from Salva Kiir Mayardiit, the President of South Sudan, have made several visits to assess the oil fields, declaring them ready for resumption of operations.

.With this announcement, blocks 1, 2 and 4 are now fully operational, starting with 45,000 bpd of production at Toma South. “This will be followed by El Nar, El Toor, Manga and Unity oilfields, while the ministries work to uncap Sudd Petroleum Operating Company’s block 5A and resume production by the end of 2018.’’

Gatkuoth said: “South Sudan’s recovery and march to prosperity is firmly underway, and we are working hand in hand with our neighbours in Sudan to achieve production resumption at major oilfields.

“We commit to building on the achievements at Toma South and bring our petroleum industry to full strength as quickly as possible.”

The minister of petroleum would speak at the Africa Oil and Power 2018 conference in Cape Town from 5-7 September, where he will update investors on the latest developments.

From 21-22 November 2018, Juba will host the South Sudan Oil and Power conference, where the Sudanese government will present investment opportunities in the country.