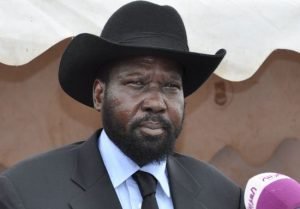 Juba — South Sudan is hoping to boost oil production by 70,000 barrels per day (bpd) by June, the minister for petroleum said on Monday, a month before the government and rebels are due to form a government of national unity.

Production in the landlocked East African nation is currently about 160,000 bpd.

“With 3.5 billion (barrels of) proven reserves and only 30 percent explored, there is more to offer to serious investors,” minister Ezekiel Lol Gatkuoth said in a statement.

Gatkuoth, who was attending a conference in Equatorial Guinea, said production would restart in the Al-Nar, Al-Toor and Manga oilfields by April 27.

Much of the country’s oil infrastructure was damaged during a five-year civil war.

About 400,000 people were killed and more than a third of the country’s 12 million people uprooted by the conflict, which was punctuated by multiple rounds of failed mediation followed by renewed bloodshed.

The government signed a peace deal with most of the rebels in September, under which they were to gather, disarm, retrain and integrate their forces ahead of the formation of a unity government in May.

But that has not yet happened and, with one group led by former deputy army chief Thomas Cirillo having refused to sign and continuing to launch attacks, the International Crisis Group – an independent research body – said last month the deal was at risk of collapse.

The United States has imposed sanctions on many individuals and businesses over what it says are widespread corruption and human rights abuses under President Salva Kiir.

Kiir, who is also due to head the new government, denies any wrongdoing.