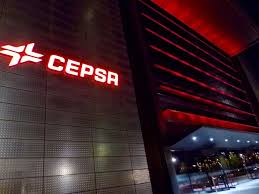 Madrid —  Spain’s Cepsa has signed a deal with the Dutch port of Rotterdam to ship green hydrogen it plans to produce in Andalusia to northern Europe, the Financial Times reported on Tuesday citing the oil and gas group’s chief executive.

Countries and companies have seized on green hydrogen- a fuel obtained by passing renewably-produced electricity through water to split the element from oxygen – as a way to cut greenhouse gas emissions, especially from heavy industry.

Cepsa, which is diversifying into green energy, plans to take advantage of relatively cheap solar energy in Andalusia to power hydrogen production, CEO Maarten Wetselaar said, according to the FT.

The company would start shipping the hydrogen from Algeciras port as early as 2027 to a hub in Rotterdam, Wetselaar said, without disclosing the cost of the project.

The hydrogen would be then be used to power industry in northern Europe, the FT cited the port’s director for new business development Nico Van Dooren as saying.

A spokesperson for Cepsa, which is owned by Abu Dhabi fund Mubadala and the Carlyle Group, confirmed the FT report and said the company will release more information later on Tuesday.

A spokesperson for the Rotterdam port did not immediately respond to a request for comment.