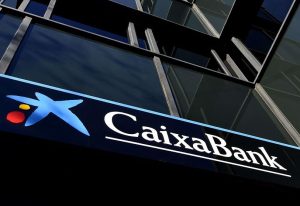 Madrid–BBVA and Caixabank on Friday said they were looking at the potential impact of a proposed tax on banks in Spain and exploring taking legal action to challenge the move.

Spain’s leftist ruling coalition introduced a draft bill in parliament on Thursday to create a temporary tax on banks and large energy companies, aiming to raise 7 billion euros ($7 billion) by 2024 to fund measures to ease cost of living pressures.

The tax, plans for which were first set out on July 12, would include a 1.2% levy on Spain’s big energy companies’ sales and a 4.8% charge on banks’ net interest income and net commissions, the text of the proposal showed.

“We have the ability to explore all the alternatives, including the legal angles on this, but we have to first see the final details of the proposal,” BBVA’s Chief Executive Officer Onur Genc said on Friday when asked about the bill.

On Thursday, Repsol’s CEO Josu Jon Imaz said he was confident regulation would protect his company from the impact of the measure.

Any potential legal challenge from the banking industry as a whole against the government would constitute an unprecedented legal move. Technical details of the plan were still being discussed and the draft tax proposal has to be debated in parliament where changes could be introduced.

On Friday, Caixabank’s Chief Executive Officer Gonzalo Gortazar also said that the bank would keep all “options on the table like any other entity”, when asked if the bank would take legal action against the Spanish government.

The tax on banks – whose net interest income is a measure of earnings on loans minus deposit costs – is expected to yield 3 billion euros between 2023 and 2024, based on the proposal.

Gortazar estimated the tax could initially have an impact on Caixabank of between 400 million to 450 million euros measured against 2022 projected net interest income and net fees. BBVA’s Genc expected a hit of around 250 million euros.

Both executives said it was to early to assess the full impact of the levy, which they considered would hurt lending, and economic growth, and also affect competition as smaller lenders would not be affected by it.

“This is not good for Spain, this will lead to less investment, less financing and less growth,” Genc said.

Gortazar and Genc also said that higher borrowing costs should not be considered extraordinary gains since negative interest rates have weighed on banks for several years.

Spain’s Prime Minister Pedro Sanchez said on Friday that the fact the bankers “were complaining showed that we were heading in the right direction.”

Meetings between the Budget Ministry and banks and energy companies were also taking place on Friday to present the details of the levy, Genc and a government source confirmed.

Bank of Spain Governor Pablo Hernandez de Cos suggested this week that the ECB could issue a negative opinion on the tax.