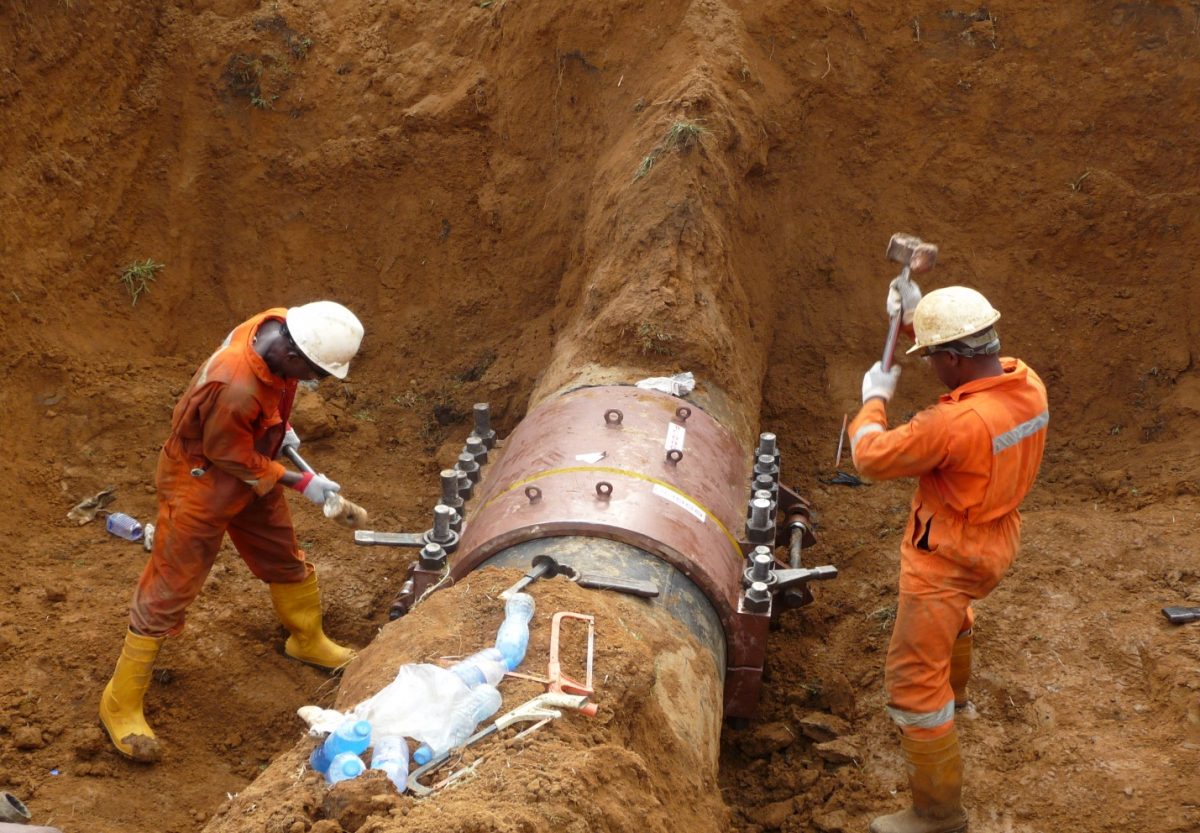 *Workers clamping a damaged portion of the Trans Niger Pipeline.

Port Harcourt — The Shell Petroleum Development Company of Nigeria Limited, SPDC, says last Thursday’s fire outbreak in Rivers State, was not from its facility, but from a crude theft point near the 20-inch Trans Niger Pipeline operated by the company.

SPDC Spokesperson, Mr Michael Adande, explained that the crude theft loading point where the fire occurred, was a kilometre away from its manifold’s right of way, in Rumuekpe, Emohua Local Government Area of Rivers State.

Adande also disclosed that due to the fire incident, crude supply to the pipeline was immediately suspended, which eventually put out the fire on Friday.

He added that plans for a joint investigative visit by all stakeholders was in top gear, although the fire point was still smouldering as at Friday.

“On Thursday, January 23, 2019, at about 1418 hours, the Shell Petroleum Development Company of Nigeria Limited (SPDC) was informed of a fire incident at a distance of over one kilometres from the Rumuekpe Manifold’s right of way near the 20” Trans Niger Pipeline at a suspected crude theft loading point in Rumuekpe, Rivers State.

“Crude supplies to the line at Rumuekpe have been suspended which put out the fire.

“Though the fire point is still smouldering, plans are underway for a JIV led by government regulators,” SPDC said in a statement.