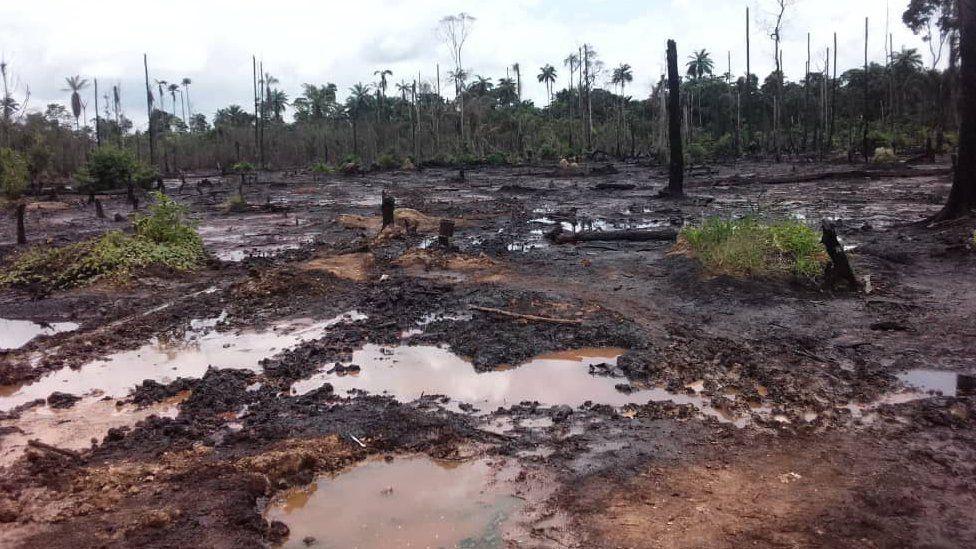 The company in a report said the spills which were recorded at Imo River2 – Imo River 1 Bulkline at Odagwa and Agbada2 – Nkpoku Pipeline at Rukpokwu occurred as a result of illegal refineries and crude oil theft.

On the other hand, it blamed the oil spills recorded in the Niger Delta on illegal refining.

“From observation and experience, we have found that Illegal refining activities cause the most environmental damage in the Niger Delta, whilst at SPDC-JV facilities, crude oil theft, and sabotage caused the majority of oil spills,” Shell said.

Shell stated that indeed it has more spill incidents in the Niger Delta than are being disclosed. In its latest report, the company stated. The statement said despite the hostility to its facilities in the region, it will continue to operate responsibly.

“The Shell Petroleum Development Company of Nigeria Limited (SPDC), as the operator of the SPDC Joint Venture (SPDC-JV), is committed to operating its facilities in a responsible manner with due regard for the environment.

According to the report, SPDC prided itself at responding promptly to oil spill situations as against popular reports of neglects.

“When spills occur at, or impact, SPDC-JV facilities in the Niger Delta, we respond quickly and in line with extant regulations and globally accepted good practice.

“A key priority for SPDC-JV is to achieve the goal of zero spills from our operations as no operational spill is acceptable and we work hard to prevent them.

“If a spill originates from, or impacts, our facilities/Right of Way (RoW), SPDC-JV cleans it up. Where necessary, and as agreed with the relevant government agency, SPDC-JV remediates the affected area, regardless of its cause.”

“SPDC-JV has publicly reported oil spill statistics annually since 1995 in the Shell Sustainability Report, and this website further enhances transparency on spills from SPDC-JV facilities in Nigeria.

“It tracks the progress of our spill management from when we detect the spill to when clean-up and remediation are completed and certified by government regulators,” Shell said.

“Our SPDC-JV oil spills website went live in 2011 and is updated regularly,” the report said.