Springfield oil discovery is historic for local content in Africa 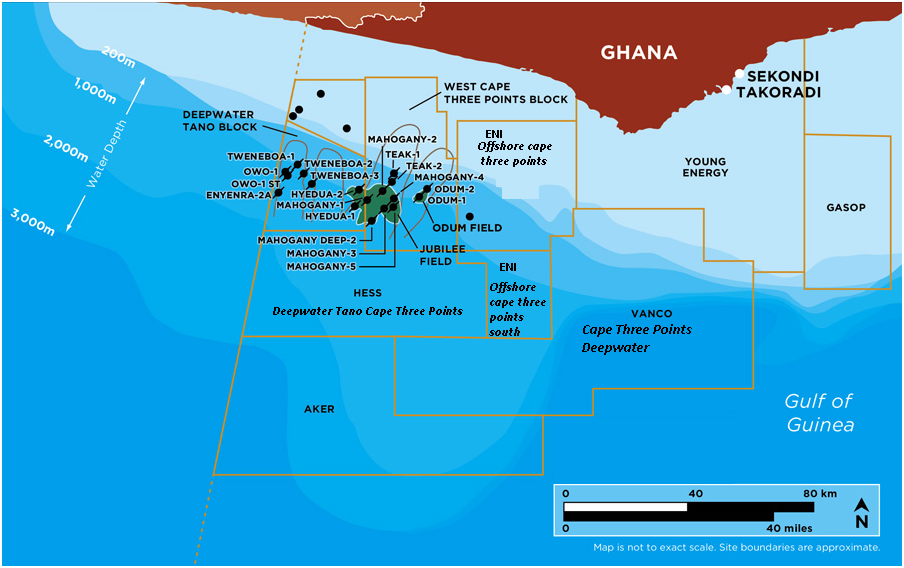 *As much as 1.2bn barrels of oil could be held within the deposit, with up to 35% recoverable according to Springfield

JOHANNESBURG, South Africa — The soon-to-be-announced deep water oil discovery offshore Ghana by independent Springfield Group is historic for Ghana and Africa’s local content. Not only does it mark the first deep water oil discovery made by an African oil company, but it could also be a bigger find than Ghana’s Jubilee Field, which remains the biggest oilfield in the country.

While figures are still temporary and several additional assessments need to be conducted, the discovery is the result of the drilling of two wells over the past 40 days, which both struck oil. As much as 1.2bn barrels of oil could be held within the deposit, with up to 35% recoverable according to Springfield. Equally important, commercially viable quantities of gas were also discovered.

“What a year for Africa’s exploration!” declared Nj Ayuk, Executive Chairman of the African Energy Chamber (https://EnergyChamber.org/) and CEO at the Centurion Law Group. “Springfield and its CEO Kevin Okyere represent the African spirit of defying unsurmountable odds and sticking to it when everyone counts you out,” he added. “Africa is a burning exploration frontier where the most significant oil & gas discoveries are being made not only by international explorers, but by our own companies. The Ghana discovery is the result of efforts made by African entrepreneurs, in a country where first discoveries were made only 12 years ago. More importantly, it was made within a block that was relinquished by US explorer Kosmos Energy, known to be a front-runner in making massive discoveries across Africa and opening up new frontiers. It speaks volumes to the value that local content development can create when African companies and entrepreneurs are given an opportunity to contribute to their industry.”

In only a decade, Ghana went from not producing oil to becoming sub-Saharan Africa’s fourth-biggest oil producer, with current production averaging about 195,000 barrels of oil per day (bopd). The country has been spearheading transformations within the continent’s energy sector, providing the right market-driven policies and environment for African companies to acquire world-class assets from international counterparts, such as Springfield’s acquisition of Kosmos Energy block, or Chrome Resources and Rockefield’s acquisition of the West Keta block operatorship from Hess Corp after its exit in 2014.

Since the discovery of the Jubilee oilfield by Kosmos Energy in 2007, Ghana has managed to bring three offshore projects on stream, resolve its maritime border dispute with Cote d’Ivoire and position itself as a key hydrocarbons province in the Gulf of Guinea. Oil is now being produced from Kosmos Energy’s Jubilee field, Tullow Oil’s Twenneboa, Enyenra and Ntomme fields and ENI’s Offshore Cape Three Points Integrated oil and gas development project. Production is expected to reach 250,000 bopd next year, and most optimistic expectations put output at half a million barrels a day by 2025.

The African Energy Chamber calls on the government of Ghana to incentivize the full development of the block. We believe such development will create jobs for Ghanaians, and opportunities for Ghanaian companies and entrepreneurs to service one of West Africa’s largest upcoming offshore development. Such a discovery has the potential to spur considerable economic growth for Ghana, already the world’s fastest-growing economy this year.