Stakeholder backs call for Buhari to resign as Petroleum Minister 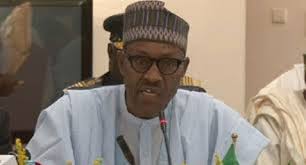 13 February 2018, Sweetcrude, Port Harcourt — A stakeholder and front-line activist in the Niger Delta, Mr. Pat Obiene, has described as belated the call by the People’s Democratic Party, PDP, for President Buhari to relinquish the position of the Minister of Petroleum Resources to a competent hand, following the ongoing fuel crises in the country.

The activist said it was regrettable that Nigerians do not see it necessary and important to challenge the President on appointing himself as Minister, which according to him, was a violation of section 138 of the Constitution.

Obiene, speaking to our correspondent in Port Harcourt, explained that Dr. Ibe Kachikwu would have performed better than Buhari, if he was the substantive Minister of Petroleum, given his wealth of experience and background in the oil and gas industry.

He stated that the call for President Buhari to resign as Petroleum Minister which is long overdue shows that Nigerians as a people are not vigilant and that the country only have an opposition, that is reactive not proactive.

According to him, “It is an issue I had championed immediately after he (President Buhari) inaugurated his Ministers because it is a violation of section 138 of the 1999 Constitution of the Federal Republic of Nigeria, which says that the President of the country shall not give himself any other executive position.

“But I had expected that one way to demonstrate change for a man who came into power on the mantra of change, was to change from former President Olusegun Obasanjo’s military mentality who had occupied that position for eight years, regardless the provision of the constitution, but to our amazement, he (Buhari) also arrogated the position to himself and here we are with the consequences.

“Last time we checked, Buhari does not have any indept practical knowledge in oil and gas operations. Even the man appointed as the junior Minister seems boxed, and doesn’t look like one who has all the flexibility to make certain decisions in the sector.

“So I think the reason why Nigerians are suffering from fuel crises is because of the mistake of not challenging the President from the beginning that occupying a ministerial position, was a violation of section 138.”

Obiene who is also the Director, Directorate of Modular Refineries-Institute of the Environment, recall that in 2016, the Minister of State for Petroleum, Dr. Ibe Kachikwu, had announced the replacement of crude oil swap initiative with a Direct-Sale–Direct-Purchase, DSDP arrangement, which replaced the crude-for-refined products exchange arrangement, popularly referred to as crude swap.

Obiene also berated the PDP and other opposition political parties for not being proactive, as to have called the shot immediately President Buhari inaugurated his Ministers in 2015.

“Up till date nobody has interrogated the DSDP arrangement; clearly it seems the policy is not working and nobody has explained to Nigerians how that deal is working, so that Nigerians will be free from these fuel crises which has remain unabated since November 2017 and causing untold hardship to the people.

“In saner climes, opposition means alternative. Immediately the ruling party makes a decision, within 24hours the opposition parties are checking the imbalance and challenges of such policy. But in this climes, it is only because we are close to the next election and the opposition think calling for the President resignation would sway public opinion to their favour.

“Nigerian populace are docile and indolent, the problem is not the leaders but we the followers. In democracy, power resides with the people, anytime these leaders go contrary to laid down rules, it is expected that the citizens should react.”

He, however, called on the National Assembly to quickly impress on the President to resign his position of Minister of Petroleum, then make Kachikwu the substantive Minister and let Nigerians watch if there will be no difference.