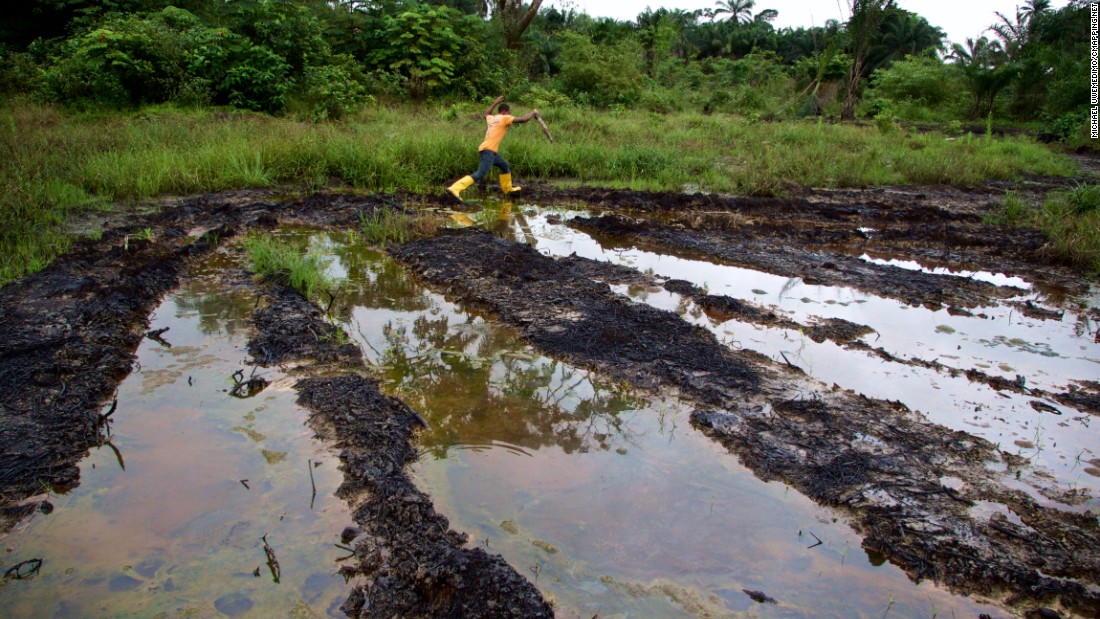 *A man jumps across water dirtied by oil pollution in Ogoniland, Nigeria.

03 October 2018, Sweetcrude, Port Harcourt — A call has been made to the people of Ogoni to ensure proper involvement of the people in terms of community ownership and equity shares, in the planned resumption of oil exploration activities in OML11, Ogoni oilfield.

A stakeholder in the Niger Delta region, Dr. Eddie Wikina, said any company coming to Ogoniland must have the technical and financial capability, as well as experience in social performance and social contract.

Speaking to newsmen, Dr. Wikina, who himself is from Ogoni, explained that the planned resumption of oil exploration activities in Ogoniland would remain elusive until proper negotiations have been made with every Ogoni stakeholders.

He added that the proliferation of interest groups in Ogoni was a disincentive to the proper resolution of the issues bordering on oil politics in Ogoni, while calling for the unity of purpose among the groups.

According to him, “No single group has the sole mandate to talk for the people of Ogoni. The emergence of splinter groups in Ogoni would be taken advantage of the prospecting oil companies to further balkanize the people and cause crisis.

“Every Ogoni stakeholders and groups, such as KAGOTE, Movement for the Survival of Ogoni People, MOSOP, among others, should work in one accord to address the issues of oil and the development of Ogoni.”

Wikina, who is a former Managing Director of the defunct  Treasure Energy Resources, said the restoration of the Ogoni environment and the building of the Ogoni economy was more paramount at the moment and warned against endorsement of companies re-entering into Ogoniland for exploration activities.