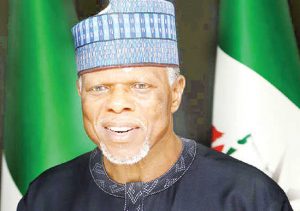 Lagos – Stakeholders in the trade and shipment industry have expressed displeasure over the recent approval of $3.1 billion (about N1.2 trillion) for the Nigeria Customs Service, NCS’, automation contract, saying transparency may have been sacrificed in the contract award.

They noted that the contract was shrouded in secrecy and called on the Federal Government to make the details of the contract public.

The national Vice Chairman of the Association of Nigeria Licensed Customs Agents, ANLCA, Kayode Farinto, faulted the award of the contract to a foreign firm, arguing that national security may have been compromised.

Meanwhile, a former Comptroller General of the NCS, Mr. Haman Bello Ahmed, called on Nigerians, particularly the media, to demand for the details of the contract.

In a telephone interview with journalists in Lagos, Ahmed said he was as confused as any Nigerian over the contract, adding that the agreement should be available for Nigerians to see.

He queried the revenue figures being played up by the promoters of the concession, which is $176 billion for the entire 20 years concession period, and asked if really the amount was for 20 years or the revenue to be generated by annum.

He disclosed that Nigeria lost over N30 billion between 2007 and 2017 despite all efforts to block revenue leakages.

The former Customs boss lamented that if the country could lose such amount of money within a 10-year period, it would lose more if the concession was not questioned.

He stated: “The agreement is not a public document; it is an agreement between the government and the contractors. It is the right of Nigerians to get the details of the contract: Are they (contractors) bringing the equipment and the technology? If they are doing all these, then it means that government has concessioned the revenue collection of import duty to foreign companies”.

Announcing the contract last week, Finance Minister, Zainab Ahmed, stated: “The main objective of this project is to completely automate every aspect of the customs business and to institutionalize the use of smart and emerging technologies that will enhanced the statutory function of the Nigerian Customs Service in the areas of revenue generation as well as trade facilitation and enhancement of security.”

Ahmed said the project, to be delivered by Messrs E. Customs HC Project Limited, will be financed by sponsors “who will in return look over the investment in the concessionary period of 20 years” while it has the potentials to generate up to $176 billion for the country.

Reacting to the contract, maritime lawyer, Emeka Akabogu, faulted the award as lacking legality and transparency.

According to Akabogu, there is no doubt that the country needs end-to-end Customs modernisation, but it must be guided by the very reason for which it is needed, which is transparency and trade facilitation..

He noted that the more important element, which no reference was made to, is ensuring that the legal framework to drive the initiative is in place.

Contacted for reaction, Customs National Public Relations Officer, Deputy Comptroller Joseph Attah, said he is not in a position to comment on the activities of the ministry of finance, saying the NCS was not the contract awarding authority.