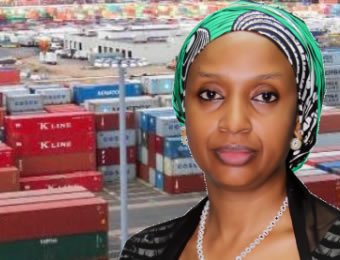 Lagos — As the suspension of the embattled Managing Director of the Nigerian Ports Authority, NPA, Ms. Hadiza Bala Usman continue to raise dust, stakeholders in the Nigerian maritime industry have called on the Federal Government to handle the issue of alleged non-remittance of revenue with utmost care and ensure that a fair hearing is given to the affected ex-Chief Executive.

The stakeholder and maritime lawyer, Barrister Osuala Nwagbara said as a matter of fair hearing in law, Usman must be given the opportunity to defend herself.

Nwagbara also said that it was important for the matter to be handled properly because the office of the Managing Director of NPA is beyond Hadiza Bala Usman.

He said: “If anybody is accused of wrongdoing in the course of discharge of job, such persons are supposed to be given opportunity to refute or to deny the allegations against them. That is to meet the principles of fair hearing before taking a decision on an allegation.

“Whether that procedure is followed or not in the removal of a person who is employed to office, it would not serve as a stoppage to the exercise of power of removal. Whether you query a person or not, would not stop you from taking a decision one way or the other, if you do not want to retain the person in the office.

“The only implication it would have is on what happens to that person and that office. For instance, you have removed the person without giving the person a fair hearing; it is for the court to determine.

‘‘Where for instance a person has a job, which has statutory flavour which is that the office has a fixed tenure, the removal is invalid.

‘‘When you say that an employment has statutory flavour, it means that you cannot terminate that employment for the period that the office is supposed to last, except for a very serious infraction which must have been duly established.

“But, if you remove me without giving me a fair hearing like people are alleging in this case, it means I remain in office in the eyes of the law until the term expires and I am entitled to all my salaries and benefits of the office.

“However, if due process has been followed. That is if she has been queried, answered and it has been proved beyond reasonable doubt that she has offended the rules of her office; she betrayed the oat of office, or she has committed serious infractions of office, which suppose to be sacred, then she can be removed and it stands in the eye of the law.”

Similarly, Coordinator, Save Nigeria Freight Forwarders, Dr. Osita Chukwu, said: “As far as I am concerned, the woman has done well. Probably, she does not want to succumb to their call as regards to monetary benefits, because some of them frame up somebody, even though you have done a good job.

“This suspension is to ridicule the whole maritime sector. For me it’s a very unfortunate situation. We were thinking that NPA has arrived taking cognizance of what the woman is putting in place.

“She has been the one making moves to reform the industry, a lot of things that were not done before now were done by her such as automation and seamless operations in NPA.

‘‘If they just push her out like that, I see a setback to the reforms. Despite several intimidations, she has continued with her work, even during the #EndSars she did not relent, only for her to be rewarded this way.”