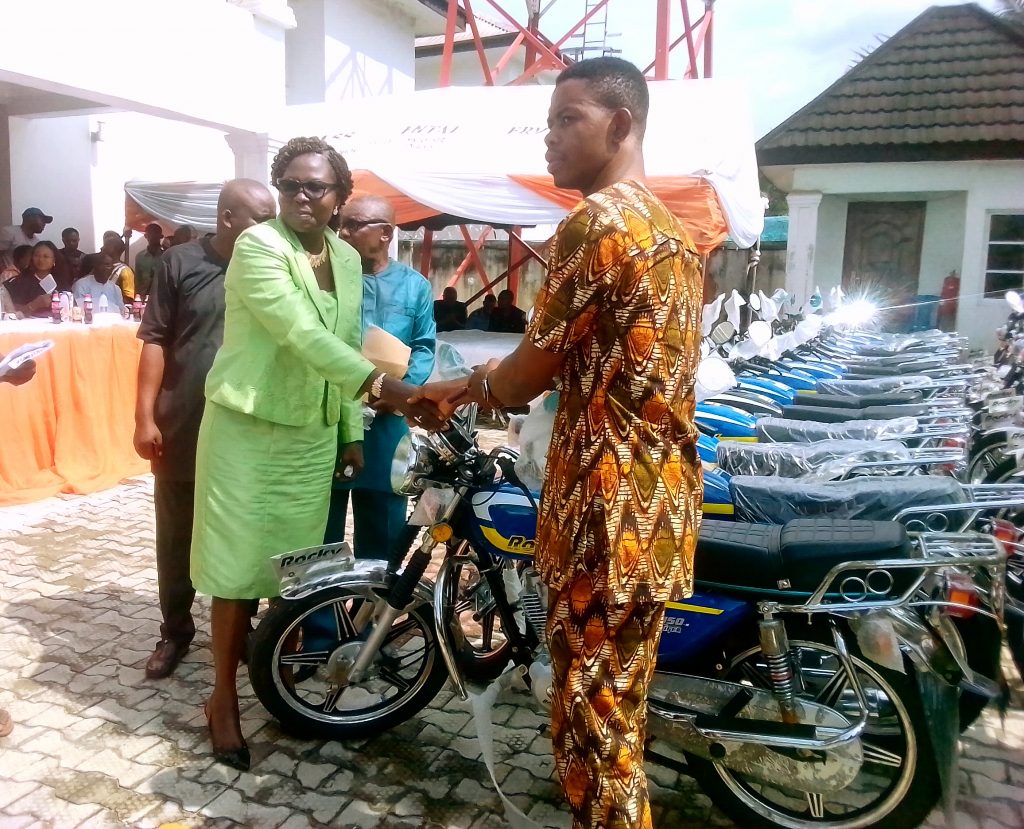 MoniPulo, a leading indigenous oil exploration firm which operates OML114 and OML145 among others, has been operating in Akwa Ibom communities since the year 1999.

The Chairman, Mbo Local Government Area in Akwa Ibom, Rt Hon. Asukwo Effiong-Eyo, said the entrepreneurial kits, such as motorcycles and computers, usually given annually by the oil firm to the host communities, was insufficient.

Effiong-Eyo, charged the management of MoniPulo to write their name in gold, by embarking on a signature project for her host communities, explaining that empowerment like motorcycles, was not enough as most of the beneficiaries do sell them off.

He commiserated with the oil firm over the demise of her Chairman and CEO, High Chief O.B Lulu-Briggs, who passed away on December 27th, 2018 in Accra, Ghana.

“MoniPulo should as a matter of urgency please review their empowerment scheme. The money allotted for four communities is insufficient.

“I want to also appeal to the company to embark on a signature project, an infrastructure project, which will be a lasting legacy to the people.

“I will also appeal passionately to the company to embark on the training of our youths in various skills. I know MoniPulo to be a youth-friendly company and we have given them a peaceful environment to carry out their operations.

“I commend MoniPulo for all they have done and I will also encourage them to do more by looking into these options I have spoken about,” the Local Government boss said.