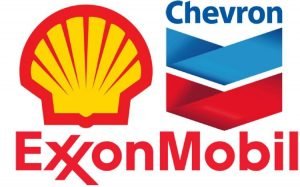 Lagos — The National Association of Stevedoring Companies has accused the International Oil Companies, IOCs, operating in the country of flouting the nation’s laws.

Speaking to Sweetcrudereports, the President of the group, Mr. Bolaji Sunmola, said the IOCs have refused to adhere to the laws regulating the activities of stevedoring operations in off-shore locations.

He stated this in response to the marine notice published by the Nigerian Maritime Administration and Safety Agency, NIMASA, for stevedoring firms to return to location and commence operations.

Sunmola disclosed that even when the stevedoring firms report at their designated locations, the IOCs would not allow them go in to work, claiming that they (IOCs) did not know them.

Sunmola also stated that the IOCs had at a point challenged the Nigerian Ports Authority, NPA, for engaging stevedores for them, a development that has created a crisis situation in the sector.

He also said: “Even after the government ordered them to obey and carry out their operations within the law of the land, the IOCs are slowing down the processes and foot dragging the issues.”

Recall that the NIMASA last week published a marine notice where it warned stevedoring companies to commence operations at their dedicated locations or face sanctions.

NIMASA’s Director General, Dr. Bashir Jamoh, in the notice, said the agency has directed all duly registered stevedoring companies with operational areas allotted by the NPA, which are yet to start operation, to mobilise to their work locations.

Jamoh said that affected companies should report any encumbrances to the agency.

The directive, according to the agency’s boss, is in line with the Stevedoring Regulation, 2014, gazetted by the Federal Government of Nigeria, developed pursuant to the NIMASA Act, 2007.