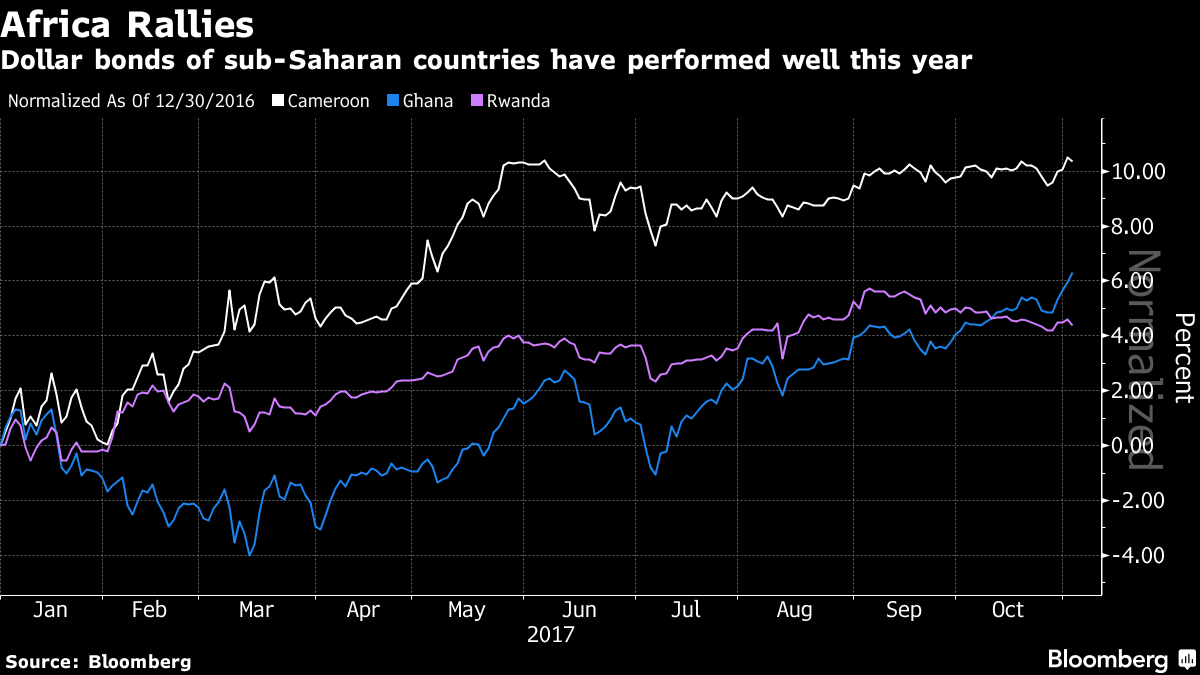 04 November 2017, London — The hunt for yield is taking investors such as M&G Investment to the world’s least developed region — sub-Saharan Africa.

Countries that 10 years ago didn’t exist in the international bond market are now reaching out to global investors. South Africa became the region’s first dollar bond issuer in the 1990s, and in the past decade they have been joined by other sovereigns including Rwanda, Ghana and Cameroon. Most recently, Ivory Coast sold $1.25 billion of 16-year notes alongside a €625 million ($729 million) 8-year bond.

“We have overweight in sub-Saharan Africa,” said Pierre Chartres, a retail fixed-interest investment director at M&G Investment. “These countries are under researched by other funds — so they are to our advantage.”