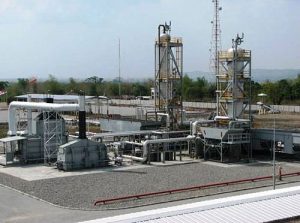 Port Harcourt — The Youths and Environmental Advocacy Centre, YEAC, has said the Federal Government must subsidise the cost of license for the setting up of modular refineries if it is committed to ending oil theft and pulling out artisanal refiners from the creeks.
Executive Director of YEAC, Mr. Fyneface Dumnamene Fyneface, stated this on Monday during the training of artisanal refiners in Ogoni and surrounding communities on guidelines for the establishment of modular refineries, held in Tai Local Government Area of Rivers State.
Fyneface explained that in the Department of Petroleum Resources, DPR’s, guidelines, the license to establish a modular refinery was $50,000, with an additional N500,000 processing fee, valid for only two years.
He pointed out that the government, through modular refineries, will solve the issues of militancy, pipeline vandalism, environmental pollution, unemployment and youth restiveness in the Niger Delta.
YEAC maintained that licenses for the establishment and construction of modular refiners should be given free of charge to repentant illegal oil refiners, to serve as incentive; while also advocating for tax holidays to modular refinery investors.
“These people who we are pulling out from the creeks do not have $50,000 to pay for a license; so the government should give them license free of charge if they (government) are really committed to ending oil theft and removing these boys out from the creeks.
“Government must subsidise the cost of modular refinery license, subsidise the cost of crude that would be sold to modular refineries and also give tax holidays to modular refinery investors, then there should be simple policies and regulations to enable the people to key in, if they (government) are serious about getting these youths from the creeks,” it said.
It continued: “For you to establish a modular refinery, you must have obtained three licenses. The first is license to establish, which is $50,000 with additional N500,000 processing fee, which is valid for two years, according to DPR guidelines.
“Secondly, you will need a license to construct which is $1,000, with additional N500,000 processing fee, also valid for two years.
“Then, after construction, you will need a license to operate, which is also $1,000 with additional N500,000 processing fees, also valid for two years.
“These are just the financial aspects to get the license and we all know the bureaucratic bottlenecks that is associated with getting licenses from government.”
YEAC also advocated that a similar initiative like the Presidential Artisanal Gold Mining Development Initiative, PAGMI, should be set up by the Federal Government in the Niger Delta to regulate and polish artisanal crude oil refining, just as it has been done to illegal gold mining in the northern part of the country.
“So we’re saying that, once these youths have formed cooperatives on modular refineries,  the government should give them license free charge as incentives for them to leave the creeks.
“Afterall in the North, we have the PAGMI for illegal gold miners to pull them out if illegal mining business.
“The Niger Delta should have a corresponding initiative like the Presidential Artisanal Crude Oil Refining Development Initiatives, PACORDI, in addition to modular refineries, to make what they are doing legal and also save the environment, just like it is done to illegal gold miners in the North.”