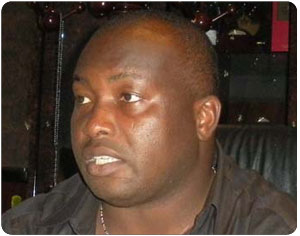 As at 7 pm, the oil magnate who arrived the Unit in the company of his team of lawyers was still being interrogated.

His company was indicted by Mr Aigboje Aig-Imoukhuede’s led 15-man Presidential Panel constituted by President Goodluck Jonathan to re-investigate the findings of the report of an earlier investigation panel set up by the Ministry of Finance on Fuel Subsidy payments valued at over N2 trillion.

But the Management of Capital Oil and Gas Industries Limited denied that its Managing Director was arrested, stating rather, that Uba voluntarily visited the Unit on a routine verification exercise on subsidy claim and returned to the office.

However, SFU’s Public Relation’s Officer, Ngozi Insitelu stated at about 6.30pm that Uba was still being interrogated over the oil subsidy scam.

She could however not give further details on why it was taking the Unit long to release him, as she said she was driving then.