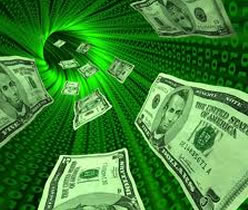 In the suit, which has been set for mention before Judge Robert Makaramba on August 22, this year, the Citibank Tanzania Limited (Bank) is also seeking orders for payment of interests of the said amount and costs of the suit to be paid by the three persons, who are defendants in the matter.

The Bank alleges in the plaint of the suit filed by Kesaria and Company Advocates that on May 30, last year, it availed banking facilities to MPS Oil Tanzania Limited (Company) upon the terms and subject to the conditions specified in a facility letter.

According to the plaint, the facilities comprised of letters of credit and an on demand overdraft facility for the aggregate value of 4,500,000 US dollars. It is claimed that the terms and conditions of the facilities were accepted by the Company on June 11, 2012.

The facilities were secured by a debenture (agreement on debt) issued by the Company to the Bank creating a fixed and floating charges over all its assets, a personal guarantee of payment duly executed by Mr Talib, the Company’s Director, in favour of the Bank.

It is claimed further that a third party mortgage dully executed by Ms Mousud, who is Company Secretary, over her immovable property on Plot Number 60 Block A at Kimbiji area in Dar es Salaam with Title Number 59143. “The (Company) is in breach of and in non compliance with the terms and conditions of the facility letter.

The (Company) has defaulted in repayment of the facilities by refusing, neglecting and, or otherwise failing to repay the facilities,” part of the plaint of the suit reads. It is claimed that the Company’s indebtedness to the Bank as at June 28, this year, stood at 2,565,150.54 US dollars, which continues to accrue interests at the agreed rate until payment in full.

The bank demands the said amount being debt outstanding and due from the Company. “The plaintiff (Bank) states that the first defendant (Company) is liable as principal borrower and the second defendant (Talib) and third defendant (Mousud) are jointly and severally liable with the first defendant pursuant to their respective covenants,” the plaints of the suit states.

In their joint written statement of defence filed by Apex Attorneys Advocates, the defendants, however, request the court to dismiss the suit with costs, but admitted to have been offered the loan facility of 4.5 million US dollars and had provided guarantees.

The defendants have, therefore, raised a counter claim, demanding from the Bank specific damages of 189,648.69 US dollars and 1,307,940,382/43, being extra storage charges, penalty of revenue by the Tanzania Revenue Authority, supplier payments and loss of profit, among others.