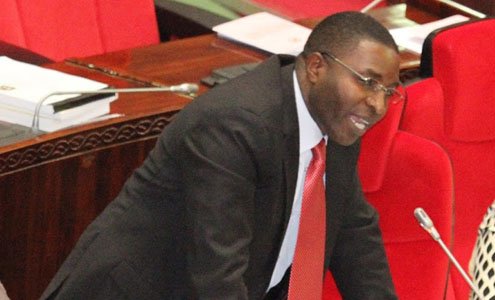 Dr. Kalemani made the directives on Thursday October 26 following the blackout which hit all regions connected to the national grid on Wednesday evening and Thursday morning.

Again, he ordered the Kidatu plant manager and Tanesco manager for national grid control, Mr. Izihaki Mosha, to record statements justifying why they shouldn’t be removed from the office following the incident.

In other development, the minister challenged the Tanesco’s deputy director general Mr. Ikwasa and deputy director for transmission Bishaija Kahitwa and plant control Mr. Mosha to voluntarily resign from their position if there would no power supply by the end of today, Thursday October 26.

“I’m not firing you but you will have to step down for the failure to fulfil you responsibilities,” he said.

“It is not acceptable that a country can go dark for 10 hours with no explanation from the power utility firm. Government cannot tolerate this… people are complaining from all over the country on the damage of their devices, who will pay for this loss?” asked the Minister.

He insisted that gone are the time for public servants to work on business as usual basis, urging them to ensure the availability of spares to repair the power turbines once damaged.

“It’s terrible that everyone of is not aware of the source, its too dangerous for the country security as well, so I want the power to be restored immediately,” said Dr. Kalemani.