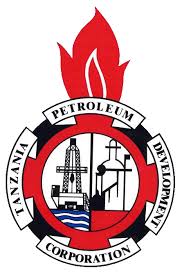 26 December 2016, Dar es Salaam –  The process of constructing the envisaged liquefied natural gas (LNG) plant to sit on the land of Lindi Region has now entered the negotiation stage of the Host Government Agreement (HGA), it has been revealed.

Last August, President John Magufuli directed the Ministry of Energy and Minerals to fast-track the construction of the LNG plant to cost 30 billion US dollars (65 trillion/-).

The president said he wanted the project to take off, noting that he was aware of the presence of unnecessary delays, thus directing the Ministry of Minerals and Energy to accomplish whatever was creating bureaucracy so that the investors could begin construction work immediately.

He was speaking at the State House in Dar es Salaam after being informed of the progress on the multi-trillion grand project. Energy and Minerals Permanent Secretary (PS), Professor Justin Ntalikwa, told the ‘Daily News’ yesterday that a team of government experts is currently negotiating with the five companies to set up the LNG plant.

The plant will be constructed by international oil and gas companies Statoil, BG Group, ExxonMobil and Ophir Energy in partnership with the Tanzania Petroleum Development Corporation (TPDC).

Prof Ntalikwa elaborated that under the HGA, the two parties would be crafting the ‘fiscal regime’, which would determine the price of gas to be extracted, issues of land and others. The issues on the table so far in the ongoing negotiation, the companies have asked for the law that would be specific for this grand project and the HGA should be part of this law.

“So in the negotiations, we will come up with a decision whether to introduce the new law or use the existing country’s laws governing oil and gas industry, considering that coming with new Act can take even one year,” he said.