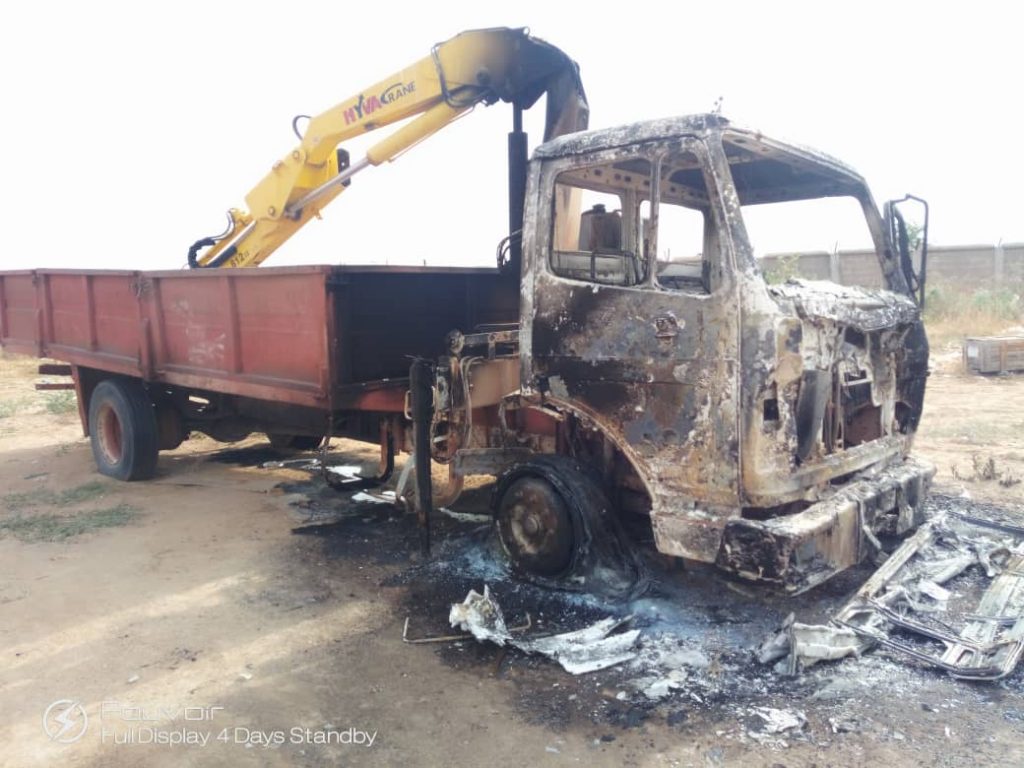 Lagos — The Transmission Company of Nigeria, TCN, has disclosed that its 330/132kV transmission substation at Molai in Maiduguri, Borno State was attacked by insurgents on the 7th of May, 2019, at about 5:30 pm.

In a statement signed by the General Manager, Public Affairs, Ndidi Mbah, TCN said during the attack, 2No Post Isolators Porcelain units were affected.

It, however, said the cracks were not too deep as to affect supply to the substation.

Two Hilux vans and one vehicle belonging to a staff of TCN were destroyed while insurgents made away with the third Hilux Van.

Other items destroyed include hiab truck, computer, monitor and printer in the control room. The windows of the Control Room and staff house were also shattered by gunshots.

According to the statement, the operator on duty did exceptionally well by opening the transmission lines from the substation and shutting down the station before quickly leaving the substation just before the insurgents reached the substation.

After the incident, TCN engineers did a thorough check of the substation equipment before restoration power on Wednesday 8th May 2019 at 9.31Hrs.

The company commended efforts of security operatives who continued to make it possible for its operators to run the substation and appealed that more of them should be deployed to the area, to further boost the morale of workers who have been unrelenting in ensuring that electricity supply is sustained in Maiduguri and environs despite the risks.

The company reiterated its commitment to implementing the Transmission Rehabilitation and Expansion Program under which some level of investment and consequently stability has been achieved.

However, it said to completely stabilise and modernise the grid, Nigeria must complete the on-going investment in grid expansion and rehabilitation, establish adequate spinning reserve and install well-functioning Supervisory control and data acquisition, SCADA.

The Molai Substation had experienced attacks by insurgents in the past but this has not deterred TCN from ensuring that power is supplied to Maiduguri.