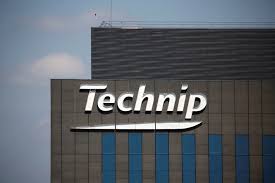 London — Technip Energies (TE.PA) has stopped working on business opportunities in Russia, the head of the French oil and gas services provider said on Thursday, in light of the Russian invasion of Ukraine.

“We have ceased to work on future business opportunities in Russia,” CEO Arnaud Pieton said in an earnings statement, adding the potential financial impact of the crisis was contained.

Oil majors, including BP, Shell (SHEL.L) and ExxonMobil (XOM.N) have in the past few days announced plans to exit positions and joint ventures in Russia.

Technip Energies, specialised in engineering and technology for the energy industry, said that at the end of December, about 3.8 billion euros ($4.22 billion) or 23% of its order backlog was related to Russian projects in execution.

Russia, which calls its actions in Ukraine a “special operation”, exports some 4 million to 5 million barrels per day of crude oil.

The decision by the International Energy Agency (IEA) decision on Tuesday to release 60 million barrels from emergency oil reserves put a lid on market gains, but analysts said that would only provide temporary relief on the supply front.

Technip Energies, which however expects its strong balance sheet, positive project cash flows and contractual protections to limit its exposure to the crisis, will propose its first annual dividend payout of 0.45 euros per share.

In 2022, Technip Energies anticipates adjusted revenue of 5.0 billion to 5.5 billion euros, which excludes an estimated 1.4 billion contribution from projects under execution in Russia, and a core profit (recurring EBIT) margin of at least 6.5%.

The group reported full year adjusted revenue of 6.67 billion euros, up from 6.01 billion a year earlier, while its adjusted core profit reached 431 million euros, bringing the margin to 6.5%.

It had predicted last October revenue would range between 6.5 billion and 6.8 billion euros in 2021, with an estimated recurring EBIT margin of at least 6%.