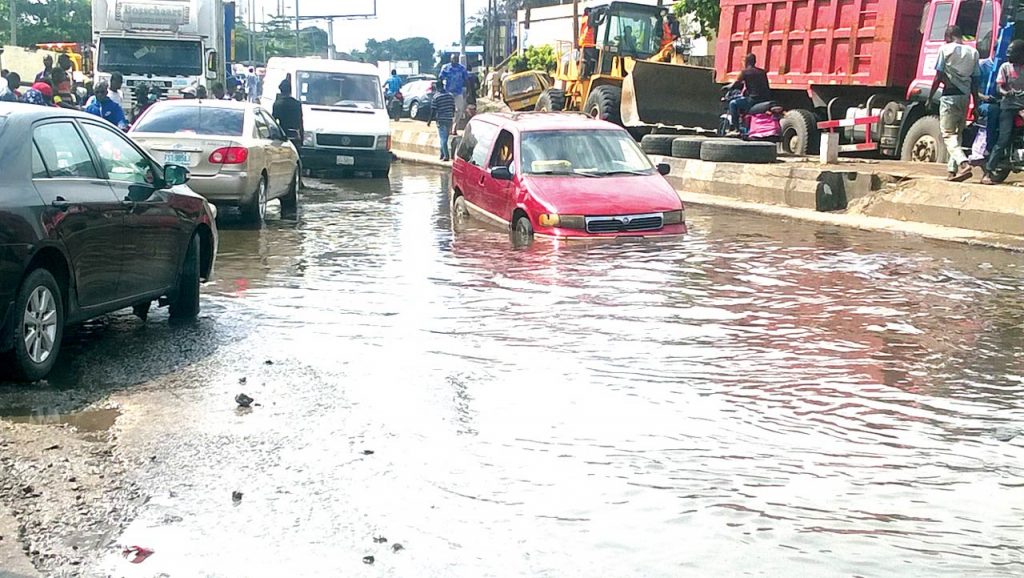 09 April 2018, Sweetcrude, Lagos — The planned total closure of Wharf Road, Apapa, Lagos by A.G. Dangote Construction Company Limited for four weeks may open the floodgate to a flurry of legal fireworks and the possible declaration of force majeure by private terminal operators at the ports in Lagos.

Force majeure is a common clause in contracts that essentially frees a party from liability or obligation when an extraordinary event or circumstance beyond the control of the party and which prevents the party from fulfilling its obligations under the contract, occurs.

A.G. Dangote Construction Company recently announced plans to close both sides of the Wharf Road inward and outward Apapa for four weeks, while the Federal Ministry of Power, Works and Housing also announced plans to shut the Marine Bridge in Apapa for permanent repairs.

The Federal Controller of Works, Lagos, Adedamola Kuti, while speaking in Lagos on Sunday said Julius Berger Plc., the contractor handling the bridge repair was ready to move to the site.

However, sources close to some terminal operators at the Lagos Port Complex Apapa and at the Tin Can Island Port Complex, both in Lagos, disclosed that the operators are considering totally shutting down operation while the road closure lasts.

A source at one of the terminals at Tin Can said, “The situation is bad enough as it is. At present, less than forty percent of the cargoes that should go out of the port is taken out because of the bad state of the road. To now close the road totally will spell doom for the whole port system.

“It will mean a total shutdown. The best option for us then is to also shut down and declare force majeure. This means we will not be liable to paying throughput fees or any other fees to the government while the road closure lasts.

“Terminal operators are already groaning and suffering for no fault of theirs. The suffering, huge loss of revenue and the untold hardship foisted on our workers by a dysfunctional system will be compounded if the road is shut down.”

On Thursday last week, the Seaport Terminal Operators Association of Nigeria (STOAN) kicked against what it called the simultaneous closure of the Wharf Road and the Marine Bridge in Apapa.

STOAN said the simultaneous closure would lead to a buildup of cargo inside the port and create to port congestion.

“While we commend the efforts of the Federal Government to address the issue of bad roads and the poor state of the bridge, the closure of both roads at about the same time will cause serious problem to the ports especially the Lagos Port Complex, Apapa and the Tin Can Island Port.

“The bridge and the Wharf Road are the two major entry points into Apapa and shutting both down will mean cargoes will be trapped inside the port.

“The implication of this is that there will be build up of cargoes at the various terminals and port congestion will inevitably set in.

“In no time, vessel queues will return and Nigerian ports run the risk of returning to the point where they were prior to the port concession.

“Once vessel queues return, shipping lines congestion surcharge, which could amount to as much as $100 million per month could be slammed on Nigerian ports and this cost will ultimately be borne by the market,” STOAN said in a statement issued in Lagos.

The association said the repairs should be done one after the other and alternative routes should be opened up by Dangote and Julius Berger before any of the routes is shut.

“The road remains the major route by which cargoes are evacuated from the port. Failure to create alternative routes before the major repair works are embarked upon will create major crisis in the port,” the statement further said.

STOAN said that already, the poor state of the roads, especially the Apapa-Oshodi Expressway and ongoing repair works on a section of the Wharf Road has created major challenges for port operation leading to gridlock, which has led to a near paralysis of movement into and out of Apapa