The economics and politics of fuel prices in Nigeria 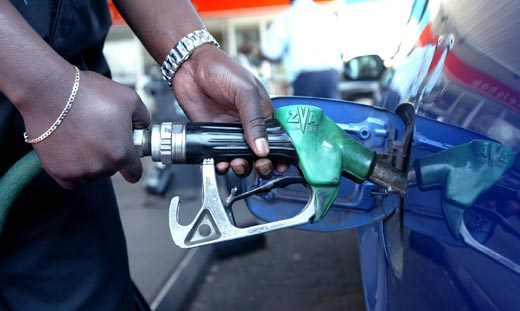 18 March 2018, Sweetcrude, Lagos — Economics and politics have always been at war – silent, sometimes violent. Like water and fuel, they don’t mix well.‎ In developing countries politics tends to enjoy the upper hand, often rubbishing the best of economic sense. Called impasse, these are impregnable walls to stop the advancement of economic argument or interest.

But in the current fuel situation, there seems to be no clear winner. In May 2016, there was a strong economic reason to increase the pump price of petrol, and politics could not stop it despite the possible reasoning that a new administration was inflicting hardship on the same people that voted it into power. The gaping hole in the political wall was the massive goodwill or huge credit balance the government enjoyed during its honeymoon.
On May 11, it was able to raise the pump price of petrol from N86 per litre to N145 per litre without any serious protest. There was market satisfaction, which underlined the irrelevance of fuel subsidy – a government financial aid to enable Nigerians to buy fuel at affordable prices.
Also, long queues at fuel stations disappeared in the comfort of availability. Economics won, whereas during the previous administration politics won after nationwide song and dance, sometimes volatile protests, dubbed “Occupy Nigeria.”

The market fundamentals have since changed, giving economics a stronger voice for a price review, pushed forcefully by profit-driven oil marketers‎. But the political scenario has also changed, and not even the most advanced explosives seem capable of making holes in the strong wall it has built.
The bottom-line of all current possible scenarios is the welfare of the people, which even weakens the economic argument for fuel price increases. Would a government visit on its people another round of hardship soon after an economic recession because market fundamentals have been changed dramatically?

Both the Petroleum Ministry and the Nigerian National Petroleum Corporation (NNPC) admit fundamental changes in the market.
The Minister of State for Petroleum Resources, Dr. Emmanuel Ibe Kachikwu has explained that the N145 per litre price was fixed when the price of crude oil was $49. It averaged about $66 per barrel last week. He said the landing cost of petrol (also called Premium Motor Spirit) has automatically changed from N133.28 per litre in 2016 to N171 per litre.

Expectedly, citing different reasons, the independent marketers stopped the importation of the product ostensibly to protect their bottom-line, leaving the entire burden of supplying the nation’s fuel to the NNPC. In private business, where loyalty is to shareholders, patriotism is never a key consideration.

The chairman of Depot and Petroleum Marketers Association of Nigeria, Dapo Abiodun has said that: “Since the price of crude is directly proportional to the refined product, we could not import petrol and sell at N145 anymore. And this business is a partnership between marketers and NNPC. Marketers bring in a certain volume and NNPC also brings in a certain volume.
“In the past, marketers bring in about 60 percent, while NNPC brings about 35 to 40 percent. But by the month of October marketers completely stopped importing because there was no more subsidy so we can’t sell for a profit so we have to stop importing.
“So, the burden of importing 100 percent now fell on NNPC. So you can imagine a situation where NNPC was importing in part and marketers were importing in part and then suddenly NNPC begins to import 100%. Coupled with the fact that in the months we called the ember months from October to December the consumption of petrol is highest in the country.”

The increase in the landing cost of petrol from N133.28 per litre in 2016 to the current N171 per litre is a strong economic reason that may necessitate only one scenario – a review of the price of the product.
But the scenario doesn’t end there. Despite the availability of the glaring numbers for all to see, the announcement of a price increase is likely to generate protests.

“So the demand for an increase in fuel price now is a case one makes passionately only to get the response of ‘we have heard,’ without any immediate action. This isn’t the time to encourage chaos,” a top government source said last week.

Reports over the months have indeed shown that the Presidency may be reluctant to add to the economic burden of Nigerians. And if the oil marketers have not been explicitly told, they may have sensed that.

According to the source, “if the reports that oil marketers contributed to the scarcity to push their case are true, they may be fighting a lost battle.”
The marketers have denied the reports, although the scarcity seemed to have started with the response of some of them to speculations of a possible price increase.

The NNPC burden
With the cessation of imports from the oil marketers, NNPC has to bear the burden, supplying all the country’s needs, starting with spirited attempts to clear unending queues. The Corporation had been singularly importing the product at the volume of 25 million litres per day, until recently when a riddle emerged in the demand for fuel.
According to the Group General Manager, Group Public Affairs Division, Mr. Ndu Ughamadu, efforts by the Corporation to still the storm include:
• Increasing supply of petrol from the initial one vessel per day to two vessels per day, thus effectively providing 100million litres of petrol for discharge into the system every day
• Fully deploying and activating 24 hours real-time Fuel War Room for effective monitoring of the fuel supply and distribution dynamics across the country
• Sustaining 24-hour loading and sales operations in all NNPC depots and mega stations respectively
• Working with officers and men of the Nigerian Security and Civil Defence Corps (NSCDC) to curtail diversion through escort of trucks and monitoring
• Collaborating and sharing information with the Oil Industry regulator, the Department of Petroleum Resources (DPR), which is responsible for price enforcement
• Interfacing with security agencies to expose and punish saboteurs involved in sharp practices
• Working closely with the Petroleum Tanker Drivers, an arm of the National Union of Petroleum and Natural Gas Workers (NUPENG), to ensure seamless movement of products nationwide and
• Synergizing with the Major Oil Marketers Association of Nigeria (MOMAN), the Depot and Petroleum Products Marketers Association (DAPPMA) and the Independent Marketers that have supported the drive towards the 24-hour operations.

During the week, Ughamadu assured that through its various measures, the Corporation will cut the level of fuel consumed from 60 million to 40 million litres.

…and the riddle
But despite the efforts of the Corporation, the queues persisted in some parts of the country. To some analysts, it became a riddle that needed to be resolved. Although there had been reports of fuel diversion in some parts of the country, there were indications of a bigger problem.
L last week, the riddle was cracked in an alarm raised by the Corporation over the proliferation of fuel stations in communities with international land and coastal borders across the country. It explained that the development has energized unprecedented cross-border smuggling of petrol to neighboring countries, making it difficult to sanitize the fuel supply and distribution matrix in the country.

According to the Group Managing Director of NNPC, Dr. Maikanti Baru, a detailed study conducted by NNPC indicated a strong correlation between the presence of the frontier stations and the activities of fuel smuggling syndicates.
He said that the activities of the smugglers had led to the recent observed abnormal surge in the evacuation of petrol from less than 35 million litres per day to more than 60 million litres per day which is in sharp contrast with established national consumption pattern.

Providing a detailed presentation of the findings, the NNPC GMD informed that 16 states, having amongst them 61 Local Government Areas with border communities, account for 2,201 registered fuel stations.
The fuel tank, he noted, had a combined capacity of 144, 998, 700 (one hundred and forty-four million, nine hundred and ninety-eight thousand and seven hundred) litres of petrol.

“NNPC is concerned that continued cross-border smuggling of petrol will deny Nigerians the benefit of the Federal Government’s benevolence of keeping a fix retail price of N145 per litre despite the increase in PMS open market price above N171 per litre,” he said.

He noted that based on the heightened petrol consumption rate of 50 million litre per day, the corporation was incurring an under-recovery of N774 million every day.

Going forward
With the apparent reluctance of the government to increase the pump price for market satisfaction and stability, some experts suggest that efforts should be made in the immediate short term to curb the cross-border smuggling and to encourage marketers to return to the import business.
They do not, however, wish for a repeat of the last subsidy regime which plundered the nation.
For a medium to a long-term solution, stakeholders are agreed that the country’s refineries be made functional and relevant. They argue that while legacy issues may justify the public doubt over yet another attempt by NNPC to revamp the refineries, the current industry leadership deserves some credibility and trust to get the job done with its fresh and sustainable approach on investor and funding sources, as well as local participation.

That will also require the support of the National Assembly, which at times contradicts itself over oil industry issues. For example, while the Speaker of the House of Representatives, Yakubu Dogara has recommended the reactivation of the refineries as a solution to fuel scarcity in the country, the Ad-hoc Committee on the investigation of the state of the country’s four refineries, their turnaround maintenance (TAM) and regular/modular licensed refineries has directed Kachikwu and Baru to halt the planned TAM on the refineries pending the outcome of the committee’s investigations.
In May last year, the Senate suspended the planned concession of Port Harcourt refinery to Agip and Oando by the Ministry of Petroleum Resources, and protesters hit the streets in Port Harcourt for support.
Dogara said last month that only local refining will make fuel available and easily accessible to all Nigerians, adding that every other measure to put an end to the recurring problem of fuel scarcity will always be temporary. He has the support of industry experts who warn that conflicting signals discourage foreign and even local investors.

Making the refineries work again, is indeed one of the measures identified by NNPC for a lasting solution. The others are:
• Rehabilitation of the corporation’s 23 products depots which have a combined capacity of 2.91million cubic metres
• Wholistic maintenance of the nation’s more than 5,000 kilometres of a pipeline network to fasten and keep safe evacuation of products nationwide
• Collaborating with relevant government arms and agencies like the National Assembly, the Judiciary and security agencies to appropriately criminalize pipeline vandalism that has been the bane of easy evacuation of products from depots across the country.
• Encouraging the establishment of private refineries in the country and above all,
• At the most auspicious time, completely liberalize the downstream sector of the Nigerian Oil and Gas Industry to engender competition, thus giving Nigerians the opportunity to enjoy the benefits of opening up the sector as has long been carried through in Telecommunication, Aviation, and even the Education sector.
Indeed, Baru assured over the weekend that the era of fuel scarcity is gone for good. Receiving the Man of the Year Award from Nigeria NewsDirect newspaper, he said that the corporation had learnt a great lesson during the recent fuel scarcity in the country.
“We have actualized the lessons learnt, part of which is to ensure that at any point in time, there should be sufficient products available for distribution across the country.
“NNPC is discussing with security operatives to stop the smuggling of petrol products across our borders.
“We are working alongside with them to ensure the safety of our pipelines because we still have some areas in which vandals still disrupt our pipelines,” he said.

*Bisi Daniels is a journalist and author based in Lagos