Evergreen
Home featured The Emperor and his koboko

The Emperor and his koboko 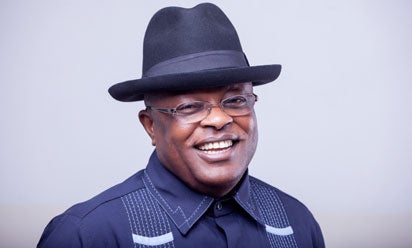 Lagos — Two intrepid journalists in Ebonyi State who irreverently tried to rubbish the image of hardworking Governor Dave Umahi deserve all that has happened to them. His Excellency, now deserving the title of ‘Emperor,” acted within his sovereign powers when he drew a cordon around Government House, Abakiliki and all government buildings in the state, and made them out of bounds to Mr. Chijioke Agwu, a reporter with Sun newspaper and Mr. Peter Okutu, his colleague from Vanguard newspaper. The two-man gang has been barred from entering Government House or any government facility in Ebonyi State for life.

Umahi, an engineer by background, has been active in politics, and was first elected Governor in 2015 and re-elected in 2019 for a second and final term. A Fellow of the Nigerian Society of Engineers, Umahi has been credited with opening up Abakiliki and towns and villages through a network of roads. But we are not talking about roads here. Agwu published a story on Lassa fever in Ebonyi State, citing statistics from the Nigerian Centre for Disease Control (NCDC.) The Emperor who must be happy at all times, either through his own efforts or the antics of court jesters, did not like the story, so his chief security officer “harassed and arrested” the offending reporter inside Government House and dutifully handed him over to the Commissioner of Police.

For Okutu, his offence was a story on “the military invasion of Umuogodoakpu-Ngbo community in Ohaukwu Local Government Area.” The issue here was not the invasion itself but on the number of fatalities. The arrest of Okutu was better planned. The Chairman of Ohaukwu Local Government Council, had called the journalist to meet him at a hotel. If I receive such a call during this Coronavirus shutdown I would see it as executive invitation to lunch and will not hesitate to come along with every member of my family, including the dog! But the reporter thought the chairman wanted to throw more light on the story and went along with a colleague for what they presumed to be a scoop. Well, instead of enjoying lunch or getting a scoop, Okutu was “arrested, harassed and whisked away” by policemen. The Ebonyi State Commissioner of Police, Mr Awosola Awotunde, justified the arrest and accused journalists of “heating up the polity.”

The two men were released after the outcry that greeted their arrest. Apparently determined to teach them a lesson, the Emperor made a state-wide radio and television broadcast, yes a radio and television broadcast, in which the two men featured prominently. The Emperor said: “Ebonyi State is no longer a dumping ground. Only the other day, Chijioke Agwu wrote that Lassa fever is killing Ebonyi people in droves and a few days back, Mr. Peter Okutu of Vanguard did his own. Okutu is fond of degrading Ebonyi State, and I don’t know why my officials have allowed him to continue to do that, because he is not from Ebonyi State. I want to ban him for life with Chijioke Agwu. I don’t want to see them anywhere in any Government facility. If you think that Ebonyi State is a dumping ground, try it again. If you think you have the pen, we have the koboko.”

I applaud the Emperor on this bold and decisive step. Those who say otherwise don’t like him, and he should ignore them. There are many good lessons we can learn from the Emperor’s actions. First, it shows he reads newspapers. He is not like some chief executives who recline in their chairs and hear aides feed them with one-sided reports. So, those writing about Ebonyi State (including myself) should beware that they are being read. Second, the Emperor has been most transparent on the way he has dealt with this matter. Rather than confuse the grapevine, he has demonstrated openness and transparency in banning these meddlesome interlopers in a state wide media broadcast. If anything, the journalists should be happy that an Emperor finds them troubling enough to identify them in a broadcast. They should be happy and content with that honour. The third point is that the Emperor, as the chief security officer of the state, is the sole custodian and repository of all information on pestilences or war. What is really wrong with Agwu and Okutu? Why can’t they mind their own business? At this time of Coronavirus, can’t they maintain professional distancing from Lassa fever and military invasions?

The fourth lesson was highlighted by the Emperor in his broadcast when he said: “Let’s leave the court alone.” Indeed, forget about the law and due process, the Emperor has spoken, so be it. And of course the other lesson is the professionalism of the police in making these arrests. Those who accuse our policemen of slow response should quickly eat their words. The Emperor talked of owning koboko in his broadcast, and I have nothing against it. If anything, I will like it to stretch more to teach Agwu and Okutu an enduring lesson. The life ban should be extended to third generation Agwus and Okutus, and if possible, anyone with that kind of forename or surname should become an automatic suspect until they can prove beyond all reasonable and unreasonable doubts that they have nothing to do with those two men trying the patience and matchless wisdom of Emperor Umahi.

Some organisations are kicking against the well-reasoned actions of the Emperor. The International Press Centre (IPC) has “called the targeting of pressmen as executive lawlessness,” while the Socio-Economic Right and Accountability Project (SERAP) has threatened to challenge the ban in court if it is not reversed. The Nigeria Union of Journalists, which the Emperor berated for not calling their members to order, has also condemned the ban. How should the Emperor respond? He should quickly make another state wide radio and television broadcast, banning officers of the IPU, SERAP and NUJ from coming near Government House, Abakiliki and all Ebonyi State Government facilities at home and abroad.