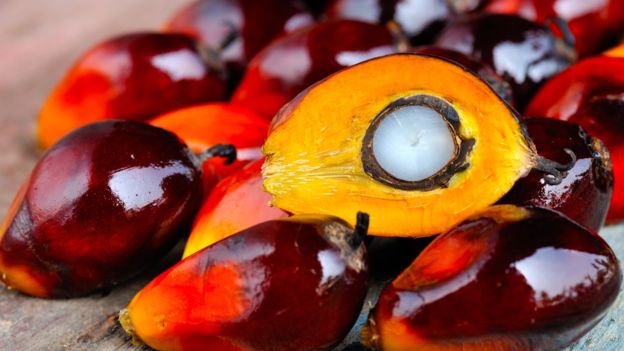 29 December 2018, London — A proposed ban on the use of palm oil in transport fuel used in the EU is driving fears in major Southeast Asian producing countries where the product is a key economic crop.

The European Union is phasing out the use of palm oil in transport fuel, triggering criticism of trade protectionism and threats of retaliation from major producers Indonesia and Malaysia.

The European move comes after years of activist campaigns about the vegetable oil associated with rampant deforestation and labor abuses, highlighting how consumer concerns about sustainability are increasingly influencing businesses.

According to Eyes on the Forest, a coalition of environmental non-governmental organizations co-founded by the World Wildlife Fund, the large Indonesian island of Sumatra lost 56 percent of its 25 million hectares (250,000 square kilometers, or bigger than the size of the U.K.) of natural forests over 31 years.

The palm oil industry, with its national epicenter on that island, is thought to be one of the biggest drivers of that loss, the coalition said.

France and Norway have become the first few countries to start curbing the use of palm oil in the last month, driving fears in major Southeast Asian producing countries, where the cash crop has powered economic growth.

Indonesia and Malaysia together produce over 80 percent of the world’s palm oil.

More broadly, the EU agreed in June to phase out the use of palm oil in transport fuel from 2030 as part of a broader plan to increase the share of renewables in the bloc’s energy production.

The EU is one of the world’s top consumers of palm oil, which is used in a wide range of products from baked goods to detergents.

“This is a most unwelcome decision and goes against the very principles of free and fair trade. The vote by the (French) parliamentarians is alarming and deserves the strongest condemnation,” said Malaysian Primary Industries Minister Teresa Kok, news agency Bernama reported.

Indonesia has threatened retaliation numerous times over such a move by the EU, with the country’s trade minister going as far as saying that the EU is asking for a “trade war” with its palm oil curbs, the Nikkei Asian Review reported.

“One of the most significant risks to the palm oil sector resides in its poor sustainability records and negative reputation in developed markets, which pose threats to future demand,” said Fitch Solutions in a recent note.

“Although some large plantation companies are making efforts to improve their sustainability records … we note that the reputation of the global palm oil industry has not improved.”

High-profile companies catering to consumers are taking steps to stem any fallout to their businesses.

Other than the EU tightening its regulations, large food and drink companies are moving towards procuring sustainable palm oil in the short term and are putting increasing pressure on their traditional providers that are unable to comply with sustainability standards, added Fitch Solutions.

Food giant Nestle has set a goal to procure 100 percent sustainable certified palm oil by 2020. The Swiss company addresses questions and issues about sustainability on its website, including explaining how they have suspended or ended partnerships with specific suppliers who may have questions hanging over ethical sourcing.

Supply chain clean-up
Due to the bad press, companies have been scrambling to do a more thorough job in tracking their supplies, which many say is a challenge due to long and complex supply chains.

Technology is changing that in many different ways.

Singapore-listed Wilmar, the world’s largest producer of palm oil, announced earlier in December that it will use satellites to monitor suppliers in a fresh attempt to eliminate deforestation from its supply chain.

Another company that has invested in agriculture technology is Singapore-listed Olam which earlier this year launched a platform for customers to check on their supply chains.

Olam is a major supplier of produce such as cocoa used in chocolate-making, edible nuts, and palm oil. Major clients include household names like Nestle and Mondelez brand Cadbury that sell consumer products to retail customers, particularly in developed countries where issues of sustainability are under focus.

Using an app, Olam is able to track a commodity from farmers and right through middlemen and the supply chain — thus ensuring customers they are buying sustainable produce.

Olam’s digital dashboard aims to connect customers directly to the source of supply at each stage of the product’s journey, the company said.

Farmer compliance is encouraged through information that is passed onto the growers tailored to their locale and needs.

“Farmers are not sitting around waiting to use that app. They will use something only when they believe it makes a difference to their livelihoods,” said Siddharth Satpute, digital global program director at Olam.

For Olam, the use of the tracking platform helps not just farmers but also the company, as it gets information transmitted back from growers on what works, and what doesn’t. That helps Olam better manage farms and supply chains.

The app is free for farmers because, as Satpute put it, “they already have a low livelihood, we don’t want to make money from them … (when we already) to benefit in one way or another.”