Thirteen miners trapped in coal mine in northern India after flooding 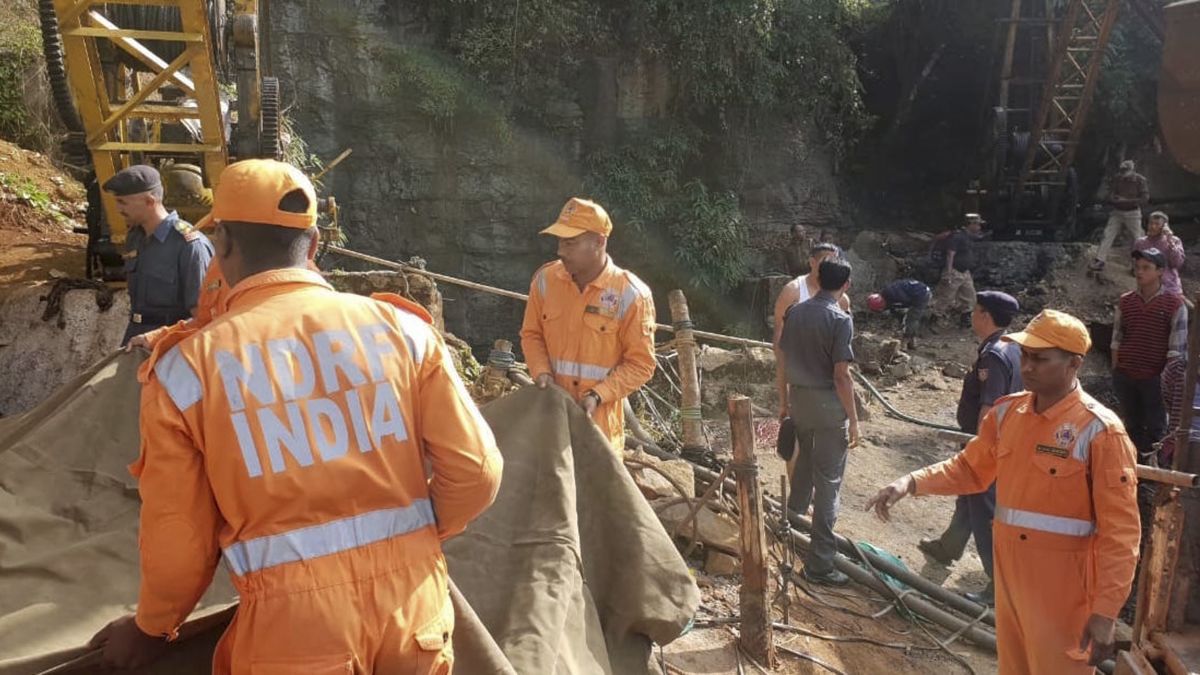 Rescuers work Friday at the site of a coal mine that collapsed in India’s northeastern state of Meghalaya. Photo: CNN

15 December 2018, News Wires — Rescue workers were trying on Friday to reach 13 miners trapped underground in a coal mine in India’s remote northeastern Meghalaya state since the previous day, authorities said.

The mine is an old, illegal so-called rat-hole mine, they said. Rat-hole mines are common in Meghalaya as they are dug by villagers but are very dangerous as the coal is pulled out from narrow, horizontal seams.

Meghalaya Chief Minister Conrad Sangma said authorities had no information on the condition of the miners.

“We are praying that they come out alive,” he told Reuters by telephone from the state capital Shillong.

A flash flood from a nearby river on Thursday raced through the mine, which is located near a dense forest, said Sylvester Nongtngr, police chief of the East Jaintia Hills district of Meghalaya.

Nearly all mines in Meghalaya, which borders Bangladesh, use the rat-hole mining method, even though they are not legal and authorities try to crack down on them.

Workers, often children, descend hundreds of feet on bamboo ladders to dig out the coal from small holes, often leading to accidents.