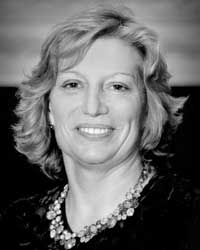 14 February 2015, Sweetcrude, Lagos – Managing Director and Chief Executive Officer, Upstream Companies of Total in Nigeria, Mrs. Elisabeth Proust, has explained how time lag in approval cycles for contracts in the Nigerian oil and gas sector add in inflating the cost of contracts.
Proust, who spoke recently in Lagos, said contractors often integrated the cost of uncertainties and the time lag of contract approval cycles in their bid offers.
According to her, “If those approval cycles could be reduced, it would have a positive impact in reducing project costs. Other high expenditure uncertainties relate to the security cost of protecting people and installations as well as the time value of possible disruptions of the work”.
On oil exploration, she said there was currently a stiff competition between countries in Africa, citing West African oil producers and Kenya, Tanzania and Mozambique as areas where the competition is very stiff.
“Exploration will preferably continue in countries offering attractive terms, incentives and facilitating the circulation of means and goods,” the Total Nigeria CEO stated as she also maintained that cost-efficiency was important in sustaining businesses in the oil and gas sector.
Citing his company’s experience in Angola, she said: “We have sanctioned the development of Kaombo in Angola after saving $4 billion in capital expenditure.”
On the current low price of oil in the international market, Proust maintained that as oil price continued to drop‎, there was urgent need for the enactment of petroleum laws that encourages investment and grow production as well as a vehicle that works during both good and not-so-good times.
In this “not- so -good time”, the Total boss stated, decision to invest in large projects after discoveries and appraisal would be more scrutinised by shareholders.
Such decision, she added, would also depend on investors’ confidence in the stability of the contractual and fiscal terms and the perception that the country would respect the terms all along the duration of the contract.
According to Proust, the industry together with the stakeholders, including the government, regulator, contractors, E&P companies etc, needed to do more to keep building the future of the industry in Africa.