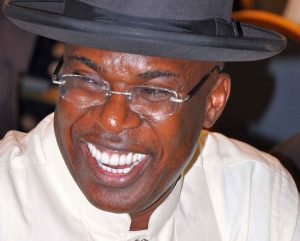 Port Harcourt — Five months after his appointment as Minister of State for Petroleum, Chief Timipre Sylva, has for the first time spoken of his agenda for the oil and gas industry.

Speaking to a gathering of industry stakeholders in Yenagoa, the Bayelsa State capital, Sylva announced that the passage of the Petroleum Industry Bill, PIB, into law was one of the key areas of priority which the Ministry of Petroleum would pursue under his watch.

He spoke specifically at the 9th Practical Nigerian Content Conference and Exhibitions hosted by the Nigerian Contend Development and Monitoring Board, NCDMB.

The Minister disclosed that other key areas of priority under his leadership are reduction of the cost of crude oil production by at least five percent, increasing domestic refining capacity and eradication of smuggling of the Premium Motor Spirit, PMS, or petrol across the Nigerian borders, among others.

According to him, the major outcome of emphasis on these key areas will be job creation and poverty eradication, which are the cardinal aspirations of the current government.

Sylva told the gathering: “Permit me to share with you the key areas which we will be pursuing in the Ministry of Petroleum, under my watch.

“It includes the eradication of smuggling of PMS across Nigerian borders, the completion of gas flare commercialisation programme, increase of total production output to 3 million barrels per day and the reduction of the cost of crude oil production by at least five percent.

“Other priorities include the passage of the Petroleum Industry Bill, increase of domestic refining capacity and the implementation of the amended deep offshore and inland basin production sharing contract.”

Emphasising that the Ministry would “work towards the passage of the Petroleum Industry Bill, as a priority,” the minister also announced that the Federal Government was leveraging on the success of the Nigerian Content Act 2010 to deploy the policy to other sectors of the economy through Executive Orders 3, 5 and others.

The minister urged multinational oil companies operating in the country and their Nigerian counterparts to emulate NNCDMB, by engaging more local contractors, explaining that indigenous contractors have the capacity to deliver premium services.

“Ladies and gentlemen, I ask for your maximum support and collaboration to achieve this priorities and other plans would unfold in the course of time.

“Let me reassure our partners and stakeholders of our commitment to the promotion of a fair and robust business environment, for the private sector participation and growth,” he added.

Speaking earlier at the conclusion of his first working visit to the NCDMB head-office and inspection of the Board’s new 17-storey headquarters building in Yenagoa, the minister emphasised government’s target to significantly reduce the unit cost of producing crude oil.

He said: ”Local contractors tend to be cheaper than expatriates and international contractors and that’s why we want to encourage Local Content and give more opportunities to local contractors. By extension we will reduce the cost of doing business in the oil and gas industry in Nigeria.

“Local Content is part of cost reduction strategy. That’s why I came here, to encourage more local participation in the activities of the industry.”

Sylva also lauded the NCDMB for epitomising its mandate by using an indigenous contractor to develop its new headquarters. He described the edifice as world-class and a clear demonstration of the capacity of Nigerians contractors. ”When you have seen one contractor perform this good, you are encouraged to patronise more local contractors,” he added.