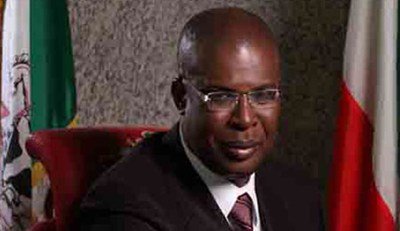 Lagos — With President Buhari remaining the Minister for Petroleum, hopes of continuity and outstanding improvement in operations in the oil and gas sector is beginning to build especially with the recent appointment of the new Minister of State Petroleum, Timipre Sylva.

A lot was achieved in the past administration under Kachikwu/Baru- increased transparency in NNPC’s dealings, close monitoring, and review of contracts, open bids, reduced operational losses; deregulation the country’s downstream petroleum sector; new means of meeting the corporation’s Joint Venture contributions; ensuring that the Corporation meets its statutory payments to the federation account, reduction in security challenges in the Niger Delta, reduction in cost of crude oil production per barrel in the country from $27 to $22 among others.

However, despite the many achievements of past administration, stakeholders still, have their eyes wide opened as they expect loopholes in the area of policies, contracts, and projects to be blocked as a means of providing lasting solutions to the challenges plaguing the Nigerian oil and gas sector.

SweetcrudeReports spoke with a number of the sector’s stakeholders on what the issues are, and their perspectives towards resolving the challenges beguiling the sector.

General Manager, External Relations, Igo Weli, Shell Nigeria said the company is optimistic about the minister’s competence to handle the challenges in the sector, and are ready to give him maximum support.

‘Shell companies in Nigeria congratulate the Minister of State on his appointment. We will continue to cement our place as a valued partner by maintaining our close collaboration with the Ministry of Petroleum Resources, our joint venture and co-venture partners, host communities, the three tiers of government and other stakeholders to further contribute towards the drive for sustained economic growth in Nigeria,’ he said.

According to him, the cost of production per barrel is too high which he blamed on oil majors operating in the country.
“The cost of crude oil production per barrel is too high. Artificially inflated by the Majors so that NNPC pays for most of the exploration costs. Overhead expenses are too high because international oil companies want to live the lifestyle like when they work in a developed nation”, he said.

Again, he stated that overloading and stealing is another big problem affecting Nigeria’s oil industry.

“Every terminal should be policed by a couple of independent security agencies to avoid collusion by the exporters with the terminal employees. Immediate action must be taken when an oil spill occurs. I am involved in the Bonga oil spill which happened 7 years ago and no compensation has been paid to the affected communities. No proper cleanup has been done. Major companies should live up to the same level as when drilling in the USA or Europe”, he said.

While disclosing that the firm had significantly invested in the development of infrastructure in the petroleum industry to enable it to boost domestic gas supply by 300 million standard cubic feet, Managing Director/Chief Executive Officer of Total, Mr. Mike Sangster bemoaned the fact that local demand for gas had been very much below the invested capacity.

He expressed Total’s firm belief in the Nigerian oil and gas industry and its readiness to deploy solutions to the challenges facing the industry.

He called for the speedy passage of the variants of the petroleum Industry Bill, PIB, stating that this would stimulate fresh investments in the petroleum industry.

The President, Petroleum and Natural Gas Senior Staff Association of Nigeria, PENGASSAN, Comrade Ndukaku Ohaeri, urged management of the Nigerian National Petroleum Corporation, NNPC, to look at the possibility of adopting the Nigerian Liquefied Natural Gas, NNPC, to adopt NLNG’s business model for the refineries in order to ensure that they operate profitably on a sustainable basis.

Speaking, the President, Nigeria Union of Petroleum and Natural Gas Workers, NUPENG, Comrade William Akporeha, called on the NNPC GMD to wade into the persisting casualisation of Nigerians by the foreign companies.

On the way forward in the oil and gas sector, Chairman and Managing Director of the ExxonMobil, Mr. Paul McGrath, who is also the Chairman of the Oil Producers Trade Section, OPTS, Lagos Chamber of Commerce and Industries, LCCI, commended the NNPC prompt settlement of the cash-call arrears as one of the many interventions by the corporation that helped the company to remain stable in business.

He added that the firm is ready to work hand in glove with the new GMD to resolve challenges in the sector.

According to the Executive Secretary of the Nigerian Content Development and Monitoring Board, NCDMB,  bill create over 40,000 direct and indirect jobs,  said, adding that the Board will continue to work with the Minister in improving commitment to local content.

The Managing Director of NLNG, Engr. Tony Attah pledged the company’s commitment to work with the minister in achieving the Train 7 project within four to five-year period and hoped that it would sign the Final Investment Decision, FID by the end of October 2019.
According to him, “the Minister has this project as one of his focus areas to put an end to the drought of FID’s in the oil and gas industry in the last few years”.