Evergreen
Home Gas Tokyo Gas looking away from US LNG

Tokyo Gas looking away from US LNG 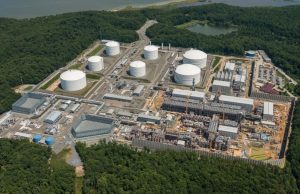 13 October 2018, News Wires — Japanese utility Tokyo Gas is not looking at raising its LNG import volumes originating from the United States as it pushed to diversify its supply portfolio.

Tokyo Gas already started receiving shipments of U.S. LNG from Dominion’s Cove Point facility in Maryland. In addition, it has long-term contracts in place to lift a total of 720,000 tons per year from Sempra’s Cameron LNG project.

Tokyo Gas noted in its statement the deal with DGI does not have a destination clause in it, allowing for delivery flexibility.