Too Early to write off power privatisation, BPE tells Dangote 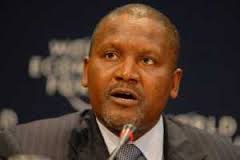 29 October 2016, Abuja – The Bureau of Public Enterprise (BPE) yesterday responded to a call on the federal government to reverse the power sector privatisation by the President of Dangote Group, Alhaji Aliko Dangote, saying it was too early to condemn the process as a failure.

The agency which was responsible for the power sector privatisation in 2013, also disclosed that the federal government will soon divest its 40 per cent stakes in the power firms to allow other private investors buy into the power asset

Speaking when he kicked off the roll out of large power users’ (LPU) meters which the Abuja Electricity Distribution Company (AEDC) procured for deployment to its about 4000 maximum demand customers, the acting Director General of BPE, Dr. Vincent Akpotaire said Dangote’s call for a reversal of the privatisation exercise was unnecessary.

Akpotaire said the agreement signed with the investors upon their acquisition of the power assets allowed that they take at least five years to invest in and stabilise their networks. He explained that based on that, Dangote’s claim of the exercise’s failure was not factual.

He spoke to reporters shortly after he commissioned one of the LPU meters at the Abuja Archives and History Bureau.

“My take is that we need to evaluate statements before we make them. That is the point I think we should put across to Nigerians. We have put only about three years since the handover of the power sector to private investors.

“Before that, the power sector had existed for well over 50 years and in those 50 years, hardly much was achieved due to several factors and the decision to privatise was a well thought-out decision,” Akpotaire said.

He further stated: “In three years, the measurement of their performance is based on a five year index which is under their agreements and that measurement is not dependent only on the activities of the private investors alone but also on the tariff structure.