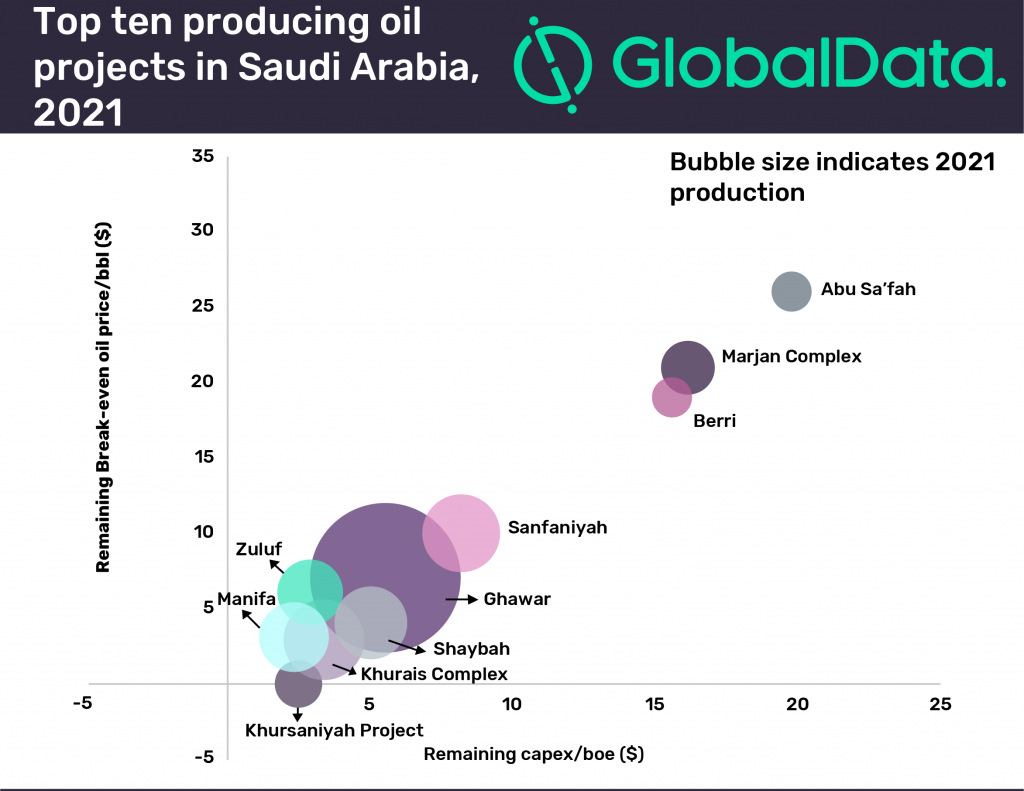 13 February 2018, Sweetcrude, Riyadh — Analysis of Saudi Arabia’s crude oil production shows that over $79.6bn in capital expenditure (CapEx) would be spent by Saudi Arabia Oil Co on oil projects over the next four years, to ensure that country’s production remains around 11.2 million barrel per day (mmbd) in 2021.

The company will have 17 fields producing in 2021, of which 13 are conventional oil fields and four are gas fields producing condensate, according to GlobalData, a leading data, and analytics company.

Saudi Arabia is expected to spend $79.6bn as CapEx on conventional oil projects during 2018 to 2021, with spending topping in 2021 at $20.5bn. Average full cycle CapEx per barrel of oil equivalent for Saudi Arabian oil projects is $4.76.