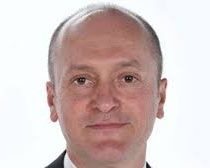 22 August 2018, Sweetcrude, Port Harcourt — French oil giant, Total Exploration and Production Nigeria Limited, has reaffirmed its commitment to positively impact the lives of her host communities despite the challenges facing the petroleum industry.

Le Cocq assured that TEPNG will fulfill the MoU and was proud to identify with positive results which would come to the communities through the implementation of the MoUs.

Represented by the Community Relations Manager in charge of offshore and Port Harcourt, Engr. Ikechukwu Obara, Le Cocq assured that the firm will do its best to manage disbursement funds for the implementation of the MoU such that it will not put the company’s operations at risk.

He advised that the projects and programme nominated in the MoUs should address identified needs and not contract driven venture for few benefit captors.

According to him, “The content and depth of these agreements are far-reaching and have the potentials to position and impact on the lives of the communities if parties show sincerity in their implementation and management to foster a better and robust working relationship between parties.

“Total E&P Nigeria Limited is convinced that the content and depth of these agreements are quite far-reaching and have the potential to positively affect the lives of our communities if parties show sincerity in their implementation and management”.

“From our infrastructure to human capital development initiatives, it is clear that the company is committed to touching the lives of our communities regardless of the challenges which the industry is facing today,” he said.

Traditional rulers of the communities expressed satisfaction with the operations of the oil firm and urged other oil firms operating in their communities to emulate Total E&P Limited, will urging the firm to implement the left-over of the last MoU as agreed.

Speaking, the Paramount Ruler of Rumuogba community, HRH Dr. Temple Ejekwu, thanked Total for making the MOU a reality, adding that the impact of Total E&P is evident in the living standard of Rumuogba people.

Ejekwu further assured Total that the people of Rumuogba will tell the world of the good done by TEPNG and called on other oil companies operating in the areas to emulate Total E&P Limited.

For his part, the Paramount Ruler of Edekwu-Rumuji, Chief Christian Elechi, noted that their communities have kept a good relationship with the oil firm, expressing satisfaction with Total in carrying out its corporate social responsibility to its host communities.

Chief Elechi Edegwu commended Total for listening to them over the request to separate Rumuji from Ibaa on MoU agreements.

According to him, “As we sign this agreement today, we urge you to ensure that implementation is carried out for the benefit of the communities.

“There is no doubt that the presence of Total E&P Limited has brought development and peace in our various communities. The living standard has improved,” the traditional ruler said.