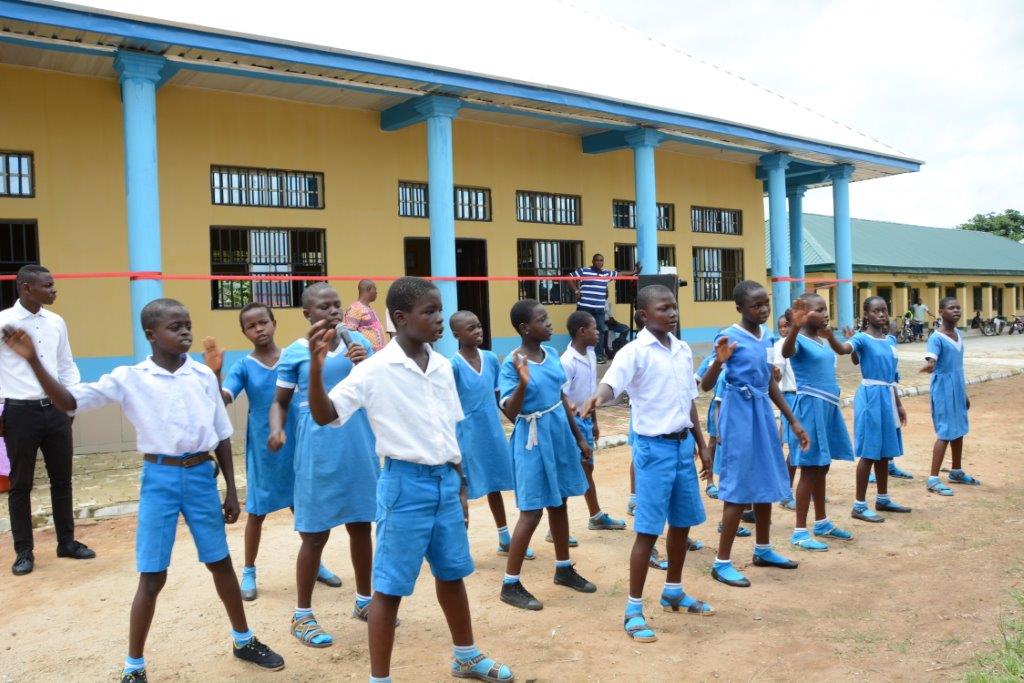 Total’s Deputy Managing Director, Port Harcourt District, Mr. François Le Cocq, who inaugurated the project, said the school assembly hall was nominated by the community as MoU infrastructure project in 2015 and was dutifully completed in the last quarter of 2017.

Le Cocq said the French multinational was particularly delighted at the successful completion of the project because it was conceived to fulfil a critical need of the community.

He said the company’s commitment to assisting its host communities was unwavering and urged the community to protect the project.

According to him, “Prior to the construction of this project, this school had no assembly hall for morning devotion and students assembled in the open and subjected to the vagaries of the weather and associated risks.

“Upon completion, it has now been furnished with chairs and tables to serve the purposes of an assembly hall for the students.

“This project has also demonstrated the commitment of TEPNG and her partners, the NNPC, in honouring, respecting and ensuring the faithful implementation of Partnership Agreements with communities hosting our facilities and assets in their domain.”

Represented by the Manager, Community Relations, Offshore and Port Harcourt, Mr. Okechukwu Obara, LeCocq explained that the contract for the project was awarded to local contractors from the community in line with its local content policy.

“The decision of the TEPNG and her Joint Venture partners, NNPC to allow host communities to nominate their MoU infrastructural projects is to ensure that those projects are executed by vendors nominated by the community.

“The successful execution of this project has demonstrated the dedication of Elele-Okniali contractors, and has enhanced our belief in the adoption of the local content policy in the award of contracts for MoU projects.”

‎Also speaking, the Headmistress of State Primary School IV Omuokpirikwu, Mrs. Charity Nwokoro, commended Total for building and equipping the Assembly Hall, urging the company to do more projects for the school such as the renovation of classroom blocks and provision of academic accessories.

‎For his part, the Chairman of Ogbakor Omuokpirikwu Community, Dr. Samuel Wemedo, commended the management of Total, for their unrelenting effort in supporting the host communities through numerous projects executed by the company.

Wemedo assured the French oil giant of the community’s support to enable the company to continue to operate in a peaceful atmosphere in the area and urged the company not to relent in its effort in developing it’s operational host communities.

“The catalogue of the projects so far executed by your company attest to your many gestures to Elele-Okinali community, which include classroom and office blocks, headmaster and Corpers’ lodge in community secondary school Elele, fencing and borehole at State School V, Elele-Ekeoma market lock-up stores, etc.

“Also worthy of mention is your support to entire Elele-Okiniali and the immediate host families. In addition to your scholarship awards, skills acquisition, provision of social amenities, employment as well as contract awards to individual members of the host community.”