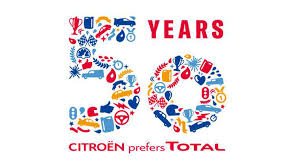 Paris — Total has felicitated with its longtime partner, Citroen, on the occasion of its centenary anniversary, describing the period as a century of innovation and extraordinary industrial history.

A statement released by Total also disclosed that the partnership between both companies has lasted over 50 years.

Total provides the OEM oils for all vehicles of the Citroen brand and also in its distribution networks.

The slogan “Citroën prefers TOTAL” is well known – and recognized – after more than five decades of prosperity and progress together with a single goal: to develop the best products for the best cars.

From the track to the road
Total and Citroen wrote together some of the most beautiful pages of motorsport, such as in rally-raid on the occasion of the legendary Paris-Dakar race, the two brands have won four times between 1991 and 1996.

Since 2000 the WRC Citroën and Total stand out thanks to nine world titles between 2004 and 2012 and for the hundredth victory of the Citroën Total World Rally Team in the championship a few months ago.

“We are very happy to be the privileged witness of the centenary of Citroën, our partner always that marked the automotive world with its technological innovations, Our two brands have always had a culture of excellence, as evidenced by the strong record we share in motorsport. In the future, I still hope for long, we will continue to perpetuate the spirit of innovation that is ours to meet together, the challenges facing today’s automotive industry,” said Mathieu Soulas Director at Total Lubricants.

Total Lubricants
Total Lubricant is a global leader in the production and distribution of lubricants, which has 41 production sites around the world and brings together more than 5800 employees in 150 countries. Total Lubricants offers innovative products and services, efficient and environmentally friendly, from the work of its R & D center with more than 130 researchers. Total Lubricants is a key partner for players in the automotive markets, industrial and marine