on: November 22, 2017In: Community Development, featured 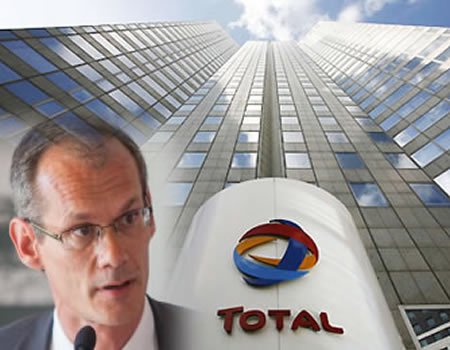 The Managing Director and Chief Executive Officer of Total, Mr. Nicolas Terraz made the observation while speaking  during a courtesy call on the Traditional Ruler of Egiland, His Royal Majesty, Prof. Anele Nwokoma, the Eze Ogba Ukwu of Ogbaland.

He observed that insecurity in the area which is usually orchestrated by cult wars between  groups has affected operations of the company as well as the development of the communities.

The French oil giant also disclosed that it has commenced the implementation of the new Memorandum of Understanding, MoU, it entered with Egiland.

Terraz who expressed happiness that the spate of kidnapping and killings in the area was reducing, assured the host community of the company’s readiness to drive development in the area.

He explained that the company was proud to identify with the people of Egiland, adding that Total would continue to sustain the existing working relationship in order to usher in a meaningful capacity building.

According to him, “Over time, we have worked together to deploy our sustainable development strategy in Egiland, using partnerships, capacity building, community-based institutions and community-driven developments as vehicles for our relationship.

“Sadly, we experienced a glitch in terms of development with the spate of youth unrest which plagued our common destiny.

“However, I feel very happy today for the improvement and gradual return of peace in the Egi Kingdom because without peace development will remain an illusion.”

The helmsman of Total also commended the King of Egiland and the host communities for successfully entering into another MoU with the firm, stating that the oil giant has already commenced its implementation.

“May I, therefore, use this opportunity to once again congratulate you and indeed all Egi people on the recent signing of the Memoranda of Understandings with the Egi clan and the Egi Oil and Gas Producing Families and Communities.

“These instruments have been the vehicle through which we have launched our development initiatives. Today we have three main MoUs running between Total and the Egi people and I am happy to confirm that implementation has begun,” he added.

Responding, the Traditional Ruler of Egi kingdom, HRM Prof Aniele Nwokoma appealed to the firm to establish a French University in the area.

King Nwokoma who commended Total for the visit to his palace, said that the implementation of the new MoU if achieved would bring a turn around in the area.

He assured that the people of the Egiland would continue to sustain the good relationship they enjoy with the oil firm.