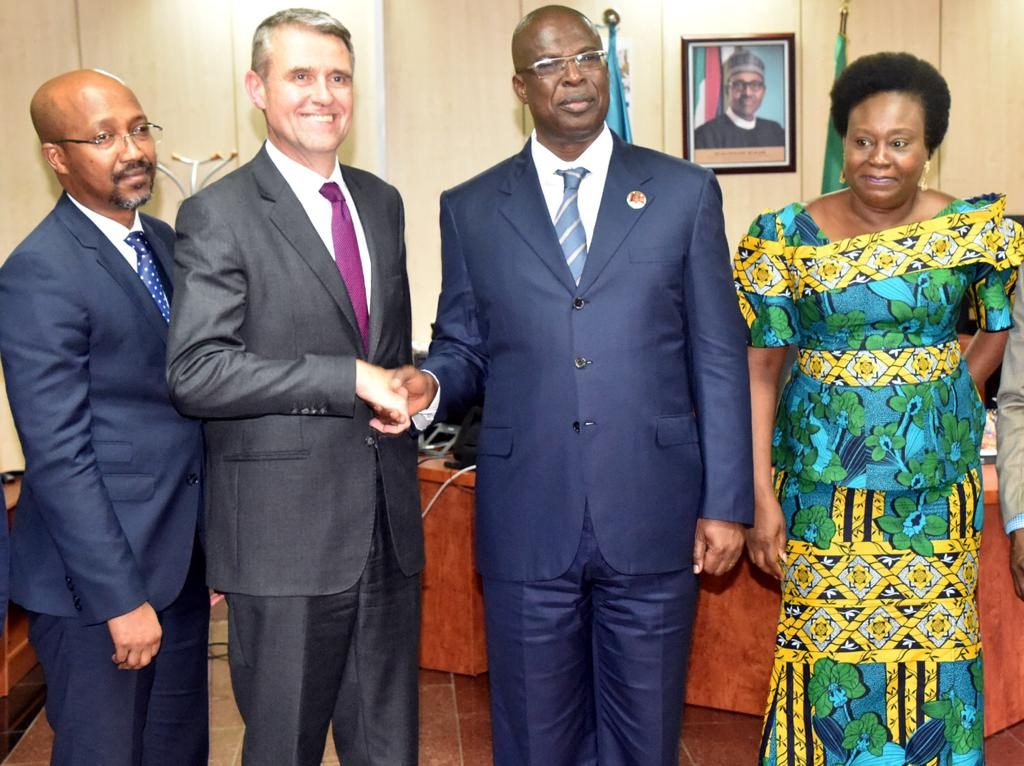 Through its activities and operations, Total had made significant impact in the Nigerian energy industry over the past decades and is leaving major footprints in Nigeria’s growth and development.

Today, Total is the only international oil company still operating in the entire energy value chain in Nigeria. The company has presence in the upstream sector, Liquefied Natural Gas (LNG) sector and the downstream sector of the oil and gas industry.

While other oil majors have sold off their downstream assets, Total currently owns and operates 580 fuel retail service stations across the length and breadth of the country.

In addition to marketing of petroleum products, the company, through its Bonjour shops located in most service stations, is taking the notch a bit higher, by providing value-adding services like car wash and care-care products, free tire checks/gauging, among others for its customers.

The company is already in the process of solarisation of its service stations, and is also in partnership with another organization for a 100 megawatts solar independent power project in Katsina state.

Total, NNPC and its partners have delivered the last three deep offshore projects in Nigeria, namely Akpo in 2009, Usan in 2012 and Egina in 2018.

Egina, which started production in December 2018, adding 200,000 barrels of oil per day to Nigeria’s production, recorded 77 per cent of Nigerian Content being the first deepwater project to have both 100 per cent of the management and project team in Nigeria.

The Egina Floating Production, Storage and Offloading (FPSO) vessel is the first in both Nigeria and Africa, to have six modules integrated in-country, and developed significant in-country capacity for Nigerians.

Not resting on its oars, the company recently launched the Ikike project; is currently working on taking Final Investment Decision (FID) on the Preowei project and is currently progressing with the Nigerian Liquefied Natural Gas (NLNG) Train 7 project with its other partners.
The company had invested significantly in infrastructure to deliver up to 300 million standard cubic feet of natural gas to the domestic market, despite the fact that local demand had been very much below the invested capacity.

Business aside, the company is also investing heavily in Corporate Social Responsibility (CSR) projects across the length and breadth of the country.

The company, along with its partners recently completed and handed over 10 projects in health, education and information technology, valued at N900 million, to eight states in the northern region of the country. The benefitting states were Bauchi, Sokoto, Zamfara, Borno, Katsina, Kogi, Kebbi and Kwara state. The projects were part of the 33 projects embarked upon by the company and its partners across the country.

The company had continued to intervene in the social environment of Nigeria through the deployment of various projects. Annually, the company provides 1,600 scholarships to beneficiaries in tertiary institutions.

In the area of health, the company is constructing four units of maternal and child referral centres in the north-east to assist the women impacted by the ongoing insurgency in the area. The company is also building mammogram centres across the country, with one already commissioned in Lagos State, while another was recently commissioned at Anka, Zamfara State.

The company is currently constructing over nine units of solar-powered boreholes with treatment plants in various parts of the country, while four had been completed and part of the projects handed over.

The company is also building a world class clinic at the Nigerian Army University in Biu, Maiduguri State, and planned to undertake key CSR projects across the country.

Specifically, during a visit in Abuja, to the Minister of State for Petroleum Resources, Mr. Timipre Sylva and the Group Managing Director of the Nigerian National Petroleum Corporation, Mallam Mele Kyari, Managing Director/Chief Executive Officer of Total, Mr. Mike Sangster, expressed the company’s firm belief in the Nigerian oil and gas industry, as well as the economy, and its readiness to deploy solutions to the challenges facing the industry.

He announced the company’s plans to consolidate on its investments in the deepwater segment of the Nigerian petroleum industry, noting that this became necessary especially as the company had been very active in the deep offshore.

Sangster further stated that the company hopes to build on recent progress in many areas such as cash call arrears and its longstanding partnership with the NNPC among others.

“Nigeria is known to have great quality of rocks, and earlier this year in a visit to the Vice President and immediate past Group Managing Director of NNPC, Total Chief Executive Officer,, Patrick Pouyanne had indicated the group’s readiness to explore for more oil and gas if granted exploration licenses by the Nigerian government,” Sangster declared.

However, he called for the speedy passage of the variants of the petroleum Industry Bill, PIB, stating that this would stimulate fresh investments in the petroleum industry.

Total also displayed it commitment to the Nigerian petroleum industry and the country in general, when during another visit to the Chief of Army Staff, Lieutenant-General Tukur Buratai, Sangster commended the Nigerian Army for maintaining peace and security in all its areas of operations, especially in its onshore production areas.

He pledged to sustain the cordial relationship between Total and the Nigerian Army, while he solicited the support of the military in addressing issues of crude oil theft, kidnapping and pipeline vandalism.

He said, “Our locations are still not spared of the general security risks — kidnapping, robberies at service stations, among others. Locations have their peculiar security risks such as vandalism, asset theft among others, so we rely on government security forces to maintain an environment conducive to operations.”

Sangster explained that Total embraces and was guided by the Voluntary Principles on Security and Human Rights, while he extended the company’s goodwill message to the soldiers who daily risk their lives for the security of Nigerians and the country’s territorial integrity.

Through these numerous activities in the oil and gas industry, Total has shown that it is truly committed to a better energy future for Nigeria.