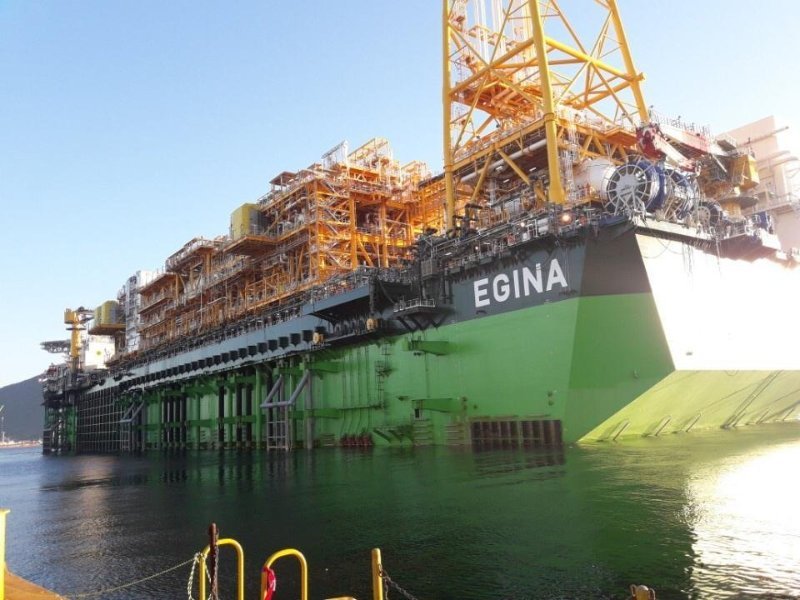 08 September 2018, Sweetcrude, Lagos — Total, the Nigerian National Petroleum Corporation, NNPC, and partners are set to launch the Egina crude in Singapore this month.

A report by Reuters said the launch will take place at the Asia Pacific Petroleum Conference, APPEC holding from September 24 to 26.

APPEC is described as one of Asia’s biggest annual petroleum industry event.

The $16 billion Floating Production Storage and Offloading, Egina FPSO constructed by Korea’s Samsung Heavy Industries which left the shores of LADOL free trade zone, Lagos last month, is yet to arrive the Egina oilfield in Oil Mining Lease 130, which is located about 150km offshore the Niger Delta.

It sailed away from the quayside at Samsung Yard in Geoje, South Korea in October 2017 and arrived at the SHI-MCI FZE quayside in LADOL free zone in Lagos in January.

The FPSO is 330 metres in length, 61 metres in breadth, and 34 metres in height, a storage capacity of 2.3 million barrels and topsides weighing 60,000 tonnes.

If all things go according to plan, the Egina field will start production in December in preparation for its first oil in first quarter 2019.

Once production commences, the Egina field will add 200,000 barrels per day of crude oil to Nigeria’s daily output.