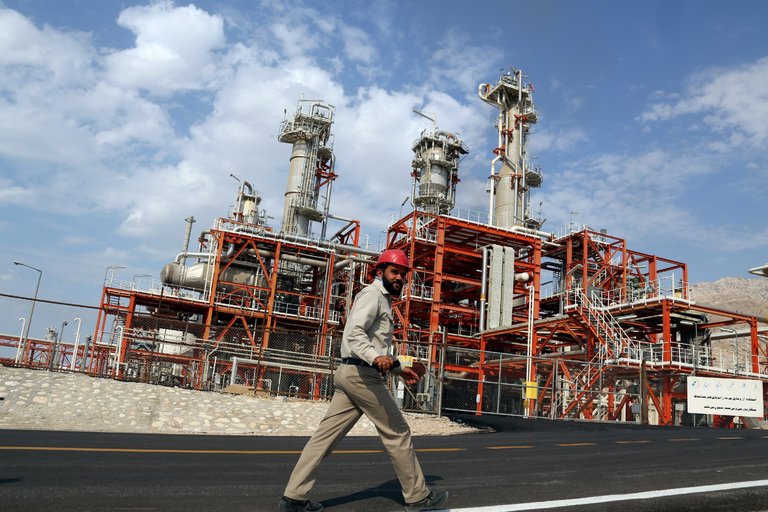 *France’s Total has spent $90 million at South Pars: Kardor
*Trump to decide on re-imposing sanctions on Iran by May 12

06 May 2018, Tehran — Total SA, the only Western energy major investing in Iran, will lose its stake in the South Pars natural gas field to its Chinese partner if the Paris-based company withdraws from the country, the head of National Iranian Oil Co. said.

Total has spent $90 million to help develop the offshore field and won’t be compensated before production begins, Ali Kardor, managing director of state-run NIOC, said Sunday at a news conference in Tehran. Kardor didn’t specify whether Total would receive any compensation if it pulled out of the project in Iran’s section of the world’s biggest gas deposit. There was no immediate reply to phone calls and an email made out of normal business hours to the media office at Total’s headquarters.

France’s Total has signed Iran’s biggest international energy deal so far since world powers agreed in 2015 to ease economic sanctions on the Persian Gulf country in exchange for limits on its nuclear program. The company committed in July to develop phase 11 of the giant South Pars field, pledging $1 billion in investment.

U.S. President Donald Trump, who has pilloried the accord as “insane,” must decide by May 12 whether to re-impose sanctions. Such a step would put pressure on companies like Total that do business in Iran and which also have interests in the U.S.

Total has a 50.1 percent stake in the 20-year South Pars project, with China National Petroleum Corp. holding 30 percent and Iran’s Petropars, 19.9 percent. If Total withdraws, Iran will transfer the company’s full stake to CNPC, based on the contract, Kardor said.

Iran has the world’s largest gas reserves, estimated by BP Plc at 1,183 trillion cubic feet (33 trillion cubic meters), and is the third-biggest oil producer in the Organization of Petroleum Exporting Countries. Total had been working at South Pars until international sanctions forced it to withdraw in 2009. Production from the project would be 2 billion cubic feet a day of gas, Kardor said in July.