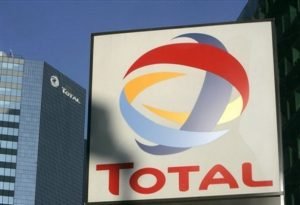 According to a statement by the company, the decision to acquire the Canje block and the Kanuku block came after entering into an option agreement for the nearby Orinduik block.

Subject to the approval of relevant authorities, Total said it now owns exploration rights to an area covering over 12,000 square kilometres in the Guyana Basin.

“The Canje, Kanuku and Orinduik blocks are located in a very favorable petroleum context, evidenced by the Liza discovery in 2015. Acquiring interests in these highly prospective licenses is in line with the new exploration strategy in place since 2015,” the statement read.

The company acquired a 35% working interest in the Canje Block, located in water depths of 1,700 to 3,000 meters, under the terms of the agreement signed with an affiliate of Canadian company JHI Associates, Inc. and Guyana-based company Mid-Atlantic Oil & Gas, Inc.

These two companies will retain a shared 30% interest alongside operator ExxonMobil (35%).

With a 25% working interest in the Kanuku block located in water depths of 70 to 100 meters, under the terms of the agreement signed with operator Repsol (37.5%), the company becomes a  partner alongside Tullow (37.5%).

Total holds an option to purchase a 25% working interest in the Orinduik Block, located in water depths of 70 to 100 meters, under the terms of the agreement signed in September 2017 with an affiliate of Canadian company Eco Atlantic Oil & Gas Ltd, which will retain a 15% interest following exercise of the option, alongside operator Tullow (60%).