Total to move ahead with using palm oil at biodiesel refinery 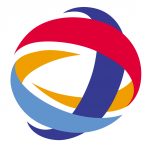 The refinery in La Mede in southern France will begin production in two weeks, Chief Executive Patrick Pouyanne told journalists on the sidelines of the company’s annual shareholders’ meeting on Wednesday.

“Operationally the project is starting,” he said.

The start-up of the 500,000 tonne-per-year refinery has been delayed several times.

Palm oil cultivation results in excessive deforestation and its use in transport fuel should be phased out, the European Commission concluded in February, although it granted some exemptions production by smallholdings or on unused land.

Total, which has invested around 200 million euros ($223 million) to convert the loss-making crude refining unit to biodiesel, hopes those exemptions help convince France to overturn its plan to end subsides for adding palm oil to diesel.

“We can have a refinery that is competitive,” Pouyanne said. If the French law is not changed, La Mede will not be competitive with its European peers,” he said.

Total has committed to use less than 300,000 tonnes of crude palm oil per year at La Mede out of a total of 650,000 tonnes, with the rest coming from oils from other plants, recycled animal fat, cooking oil and industrial oil.