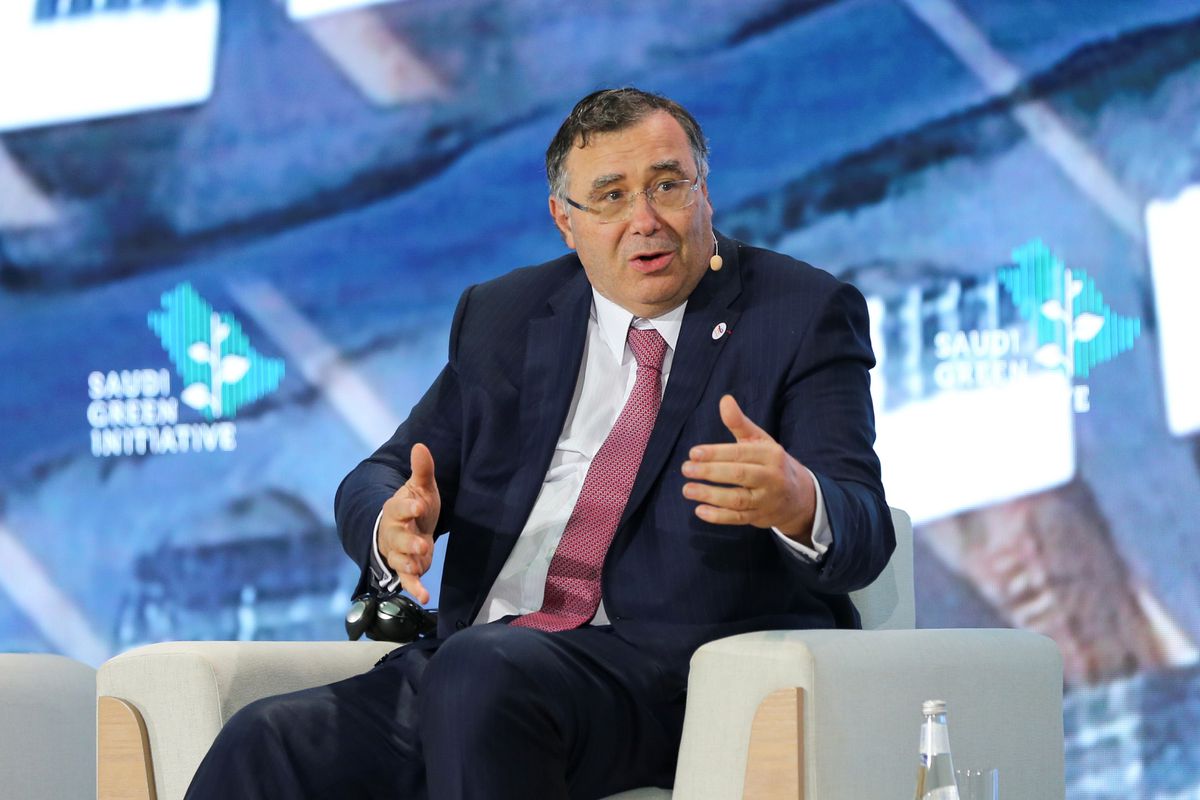 *Chairman of the Board & CEO of TotalEnergies, Patrick Pouyanne speaks during the Saudi Green Initiative Forum to discuss efforts by the world’s top oil exporter to tackle climate change in Riyadh, Saudi Arabia, October 23, 2021. REUTERS/Ahmed Yosri

Riyadh/London — The chief executive of French company TotalEnergies said on Saturday the recent gas price spike had been caused by a strong demand rebound post COVID-19 and prices were likely to stabilise after winter.

Excluding oil and gas was not the right approach to energy transition, he said, arguing that a lack of investment in hydrocarbons could itself create a crisis.

“Where is the right balance between the energy of the present and building the future? Yes, we need to invest more and more in decarbonised energy, but at the same time we need the people of this planet to receive reliable, affordable energy,” he said. “If we don’t invest enough, we have crisis.”

Like its rivals, TotalEnergies has come under pressure from climate campaigners and some shareholders to speed up the shift from fossil fuels to cleaner sources of energy. It has argued that fossil fuels will continue to be needed during this transition period.

Meanwhile it will continue to dedicate 75% of its investments to oil and gas, 50% to oil and 25% to increase gas production.

“We continue to increase our capacity for gas,” he said, adding that gas would remain an energy of transition.