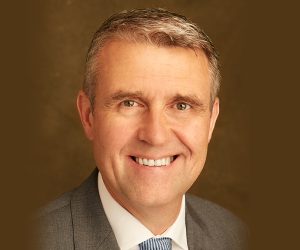 Port Harcourt — Oil multinational, TotalEnergies has said that the company was moving away from predominant oil production, as it target to produce 50percent gas, 15 percent renewables and only 35percent oil by the year 2030.

The Managing Director and Chief Executive Officer of TotalEnergies, Mike Sangster, explained that by year 2050, the company’s energy production and sales mix will evolved to 40 percent renewables while oil wiĺ not be more than 20 percent.

The TotalEnergies’ boss, who was represented by the Executive Director, PortHarcourt District, Obi Imemba, said the company was committed to aligning with Nigeria’s aspirations for maximising existing energies and also evolving in the coming years.

“For us at TotalEnergies, we are transforming into a broad energy company.

“Our Company’s production and sales mix will be evolving from predominant oil production today such that by 2030: 50percent gas; 35percent oil and liquid biofuels; 15percent electricity, mostly renewable.

“By 2050, the mix will be 40percent renewable power, 40 percent gas and 20percent liquid products.

“TotalEnergies Nigeria is committed to aligning with the National aspirations for maximising existing energies and evolutions that are necessary in the coming years.”