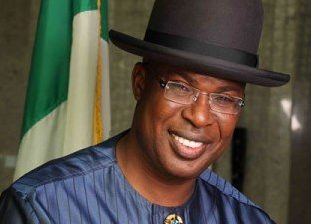 The new field, Egina will shoulder around 40 percent cuts on behalf of the country.

OPEC+ agreed to extend cuts by 9.7 million barrels per day for the next one month. The agreement will be reviewed every month until December.

The meeting held last Saturday was to force countries with low compliance, Nigeria inclusive, to comply fully. This the country’s petroleum minister, Timipre Sylvia confirmed and said the country will makeup for its slackness by cutting more in July through September.
Nigeria pledged to produce 1.579 million barrels per day in June.

SweetcrudeReports gathered that Egina churned out 131,000 barrels per day in May- 33% less than April’s production averaged 201,000BOPD.

Despite the cuts in April and May, Egina June’s output will go lower to 122, 000 barrels per day.

The cuts will not affect the firm’s other fields- Akpo still produces around 100,000 barrels per day as it produces majorly condensates.
“As OPEC meets today, Nigeria reconfirms our commitment under the existing agreement” Sylva said on its Twitter handle on Saturday.
“ Nigeria subscribes to the concept of compensation by countries who are unable to attain full conformity (100 per cent) in May and June to accommodate it in July, August and September.”

According to the meeting’s draft communique, any member that does not implement 100 per cent of its production cuts in May and June will make extra reductions from July to September to compensate for their failings.

Commenting on the cuts, Secretary-general of OPEC, Mohammad Barkindo, said, “The productions adjustments agreed in April are by far the largest and longest in the history of OPEC, OPEC+ and the global oil industry.

“The unparalleled commitment, and the unity and courage for the common cause of oil market stability has been positive.”

“Despite the progress achieved to date, we cannot afford to rest on our laurels. The challenge that we face remains daunting,” Mohamed Arkab, Algeria’s energy minister and current OPEC president, said at the start of the meeting.