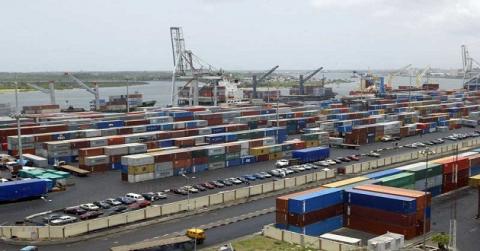 12 December 2017, Sweetcrude, Lagos — Members of the Maritime Workers Union of Nigeria were thrown into mourning weekend when a container truck crushed one of their colleagues.

The late Ojomah, it was gathered, was until his demise a unit auditor of the MWUN.

An eyewitness revealed that the accident occurred at about 10.15am on Friday.

It was gathered that the vehicle was in reverse mode when security officials attempted to impound it for allegedly violating the law.

He noted that the truck driver and his assistant took to their heels after confirming the death of the dockworker.

When contacted, president general of MWUN, Comrade Adewale Adeyanju, said that the Union will write officially to Sifax Group over the death of their member.

Adeyanju said the remains of the late dockworker has been deposited in a mortuary in Lagos.

He said that the accident occurred as a result of the recklessness of the driver whom he alleged was driving against the traffic.

The President General disclosed that the late dockworker was on his way to his duty post that morning when he was crushed to death by the truck.

Expressing grief over the death of the union member, he maintained that late ThankGod was a promising and dedicated worker that was loved by all.

Spokesman of Sifax Group, Mr. Akande Muyiwa, could not be reached as he failed to answer repeated telephone calls to his number.