Transatlantic diesel arrivals in U.S. surge to record in November 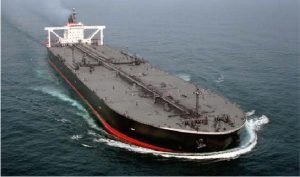 London — Arrivals of diesel and gasoil from Europe and the Baltics regions to the United States northeast coast have surged to a record high so far in November, according to data analytics firm Vortexa.

Preliminary November arrivals to PADD 1, the U.S. Atlantic Coast region stretching from Maine to Florida, were pegged at over 102,000 barrels per day (bpd), more than double October’s levels, and the highest level since at least January 2016, the data showed.

Slumping European prices on the back of deteriorating demand due to coronavirus-related lockdowns have helped open up the arbitrage trade with the United States.

Most of the time, the United States exports diesel to Europe but flows can reverse during cold winters in the U.S. northeast. This year, tumbling European prices have accelerated that trend.

“November departures are solely coming out of onshore storage terminals in ARA, while some October departures were from cargoes previously in floating storage off Southwold, UK,” Vortexa said.

Gasoil stocks held in independent storage in the Amsterdam-Rotterdam-Antwerp (ARA) refining and storage hub fell by 8% in the week to Thursday partly due to higher U.S. exports, data from Dutch consultancy Insights Global showed.