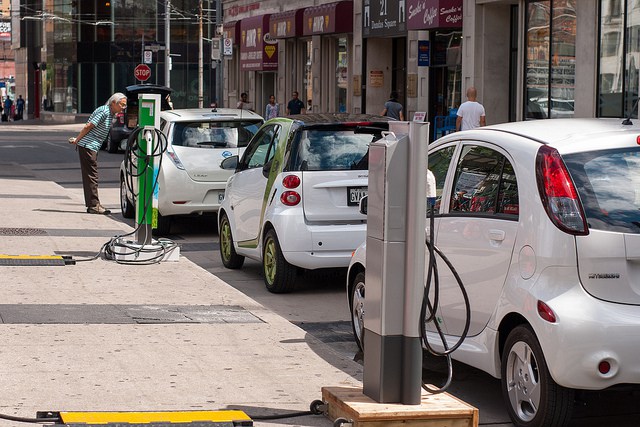 08 November 2018, Sweetcrude, Port Harcourt — In 2009, Margaret Atwood wrote a piece titled ‘The Future without Oil’ for a  German Newspaper, Die Zeit. In that famous article, she said: “it’s not climate change, it’s everything change”.

That piece which is as relevant today as ever, presents us a picture of a possible future of an earth when fossil fuel is no more or becomes obsolete; and thus prompts us to ask ourselves this pertinent question – what do we wish to create for ourselves today and for our future generations?

For years, OPEC member states have depended on crude oil revenue for developing their economies. While it is not a crime to benefit from natural resources such as oil, over-dependence on a single natural resource for satisfying immediate needs without thinking of the future, present potentials of catastrophic consequences- as is evidenced today.

Most developed countries are actively producing electric cars, hybrid vehicles, etc. India and China have also indicated an interest in this transition with about 10 year’s deadline from now. This transition would likely impact the export of crude oil and the revenue streams of OPEC member states.

African countries, like other resource-rich jurisdictions, have had series of windfalls in oil revenues, yet with minimal impact on the ordinary citizens; owing to fiscal recklessness exhibited by some governments during periods of the oil boom.

In Nigeria for instance, petroleum accounts for about 90% of foreign revenue, yet, it only contributes about 14% to National Gross Domestic Product (GDP).

Over-reliance on crude oil as a major export revenue earner in Nigeria beclouded development of other productive sectors, which even contribute more to the GDP as shown in figure 1. 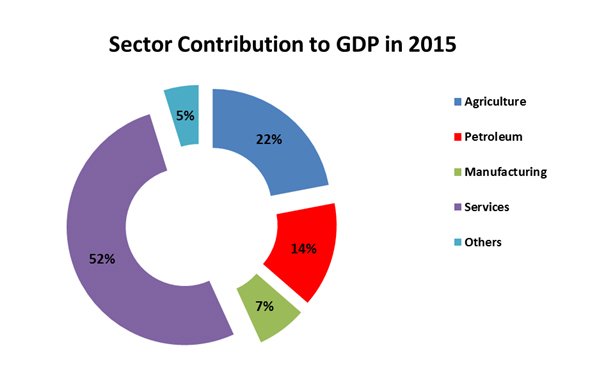 Figure 1: Sectoral Contribution to Nigerian GDP (2015)
Furthermore, the over-reliance on crude oil, whose price is prone to vagaries of or volatility in the international oil market, exposes OPEC member states to uncertainties in revenues, especially in periods of burst; leaving most of the economies with minimal revenues to fall back on.

While the current oil glut is biting most export-dependent nations hard, other crude oil rich countries who had strategic plans for the future – like Norway, Saudi Arabia, Qatar, etc, have less to worry about, because they all made provisions for the uncertain future.

Such futuristic strategy is what differentiates them from their African counterparts, some of which engaged in saving some of their resource revenue for the future generation, in what is called the Sovereign Wealth Fund (SWF).

Today, as shown in figure 2, some of these stabilization funds from oil revenues are running into billions of dollars, which would provide economic stability for those economies in the future, should oil run out or is replaced by another resource. 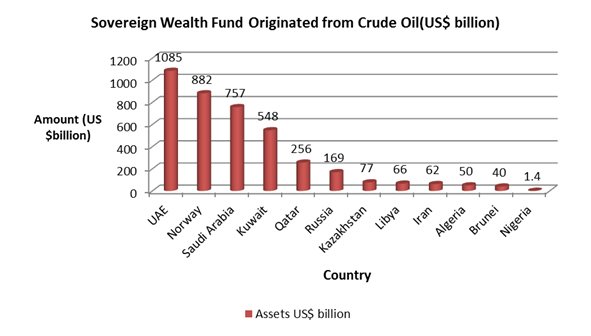 Figure 2: Sovereign Wealth Fund from Crude Oil Exports
Even though some African nations have made effort at averting the potential uncertainties inherent in the commodity market (as a result of boom-bust cycle), by establishing Excess Crude Account (as is the case with Nigeria) or Sovereign Wealth Fund, it has only achieved mixed success in creating the framework for savings during high oil price regimes.

Where successes were recorded in savings, it helped to smooth government finances and budget, attracted international agencies, such as the International Monetary Fund (IMF) to back fiscal reforms (as in Nigeria); it has however not proved a good mechanism for ring-fencing savings as it did not have a legal provision for sharing of revenue amongst government tiers.

This in itself is a major flaw of the savings programme, as it was not directed to the future, but for immediate sharing between the various tiers of government. As a consequence, there has been large-scale theft, funds misapplication and mismanagement as is the case with Nigeria.

The aftermath of the above failure in Nigeria was the initiation of the Sovereign Wealth Act in 2011, intended to invest oil earnings during windfall periods into infrastructure development as well as providing funds (stabilization funds) for the future generation. Figure 2 above shows Nigeria’s performance in the SWF as at 2015.

Even with this, the management of the fund has been froth with issues of transparency. This is not peculiar to Nigeria alone, as some other African countries (like Libya) have had their share of funds mismanagement. In spite of this absurdity, there should be a renewed effort on the part of OPEC member state governments at providing for a future without oil.

Strategies for Mobilizing for the Future

The oil sector creates fewer jobs (about 1%) in the case of Nigeria, and the instability of revenue from oil could impact overall growth of the economy (through changes in government spending), fiscal and external reserves position and employment.

Diversification here implies the development of the non-oil sectors (e.g. agriculture, manufacturing, services, etc) and reducing oil dependency, as well as creating a non-oil economy that has the potential to sustain a high level of government revenue and creating more jobs.

It is imperative for the governments of oil-dependent economies to begin to diversify their economic base in order to reduce exposure to the inherent volatility and uncertainties which characterize the international crude oil market; improve private sector employment opportunities; drive up productivity; and strategically establish the non-oil sector of the economy which in the future would act as a ‘safety net’, when revenue from oil may become insignificant.

To diversify the economy and thus reduce over-reliance on oil revenues, there is an urgent need for national development plans geared towards boosting human capital development, rapid and consistent industrial expansion with the capacity to employ skilled labor, as well as mobilizing the services sectors which has the capacity to boost revenue for these countries.

To realize these goals would require a stable economic environment devoid of high inflationary trends, a business environment that is strengthened and liberalized such as would encourage trade and foreign direct investment, a deepened financial sector, as well as expanded and fortified educational system. These will impact and support private sector- driven economic activities especially in the non-oil sectors, thereby providing jobs today and for the future generations.

There is no doubt that complete diversification of the economy from oil to non-oil sectors is a difficult task, however timely implementation of adequate policies will help in its achievement.

Lessons of such policies and diversification efforts could be learnt from countries like Indonesia, Malaysia, and Mexico, which have been able to implement diversification of their economies from oil, with huge successes recorded. These countries did not only create favorable business and economic environments but also focused on quality upgrading as well as encouraging their manufacturing firms to develop export markets.

In the case of Nigeria, government revenues or finances over the years have been handled with a high level of fiscal irresponsibility, characterized by misuse and mismanagement of revenues from crude oil exports, thereby jeopardizing infrastructural development goals.

Today, the era of fiscal irresponsibility has to be jettisoned, and addressed as a misnomer of the past, in order to garner ample revenue for driving sustainable development initiatives for our future generations.

Furthermore, government should as a matter of importance, strengthen the agencies responsible for the management of the Sovereign Wealth Fund, to insulate it from political pressures and interests.

The objective of good tax systems is to guarantee long- term fiscal stability of government programs and policies. Thus, appropriate tax administration is necessary to ensure that tax payers comply with the provisions of tax laws and that the funds derived are paid into the government coffers.

Over the years however, tax systems in developing countries have had mixed results. It has been estimated by the Global Financial Integrity that outflows from developing countries due to tax avoidance/evasion and illicit financial flows amounts to about $1 trillion each year. This is especially rife in countries with weak tax collection institutions/systems.

Therefore, countries should develop strategies for tightening every loophole to ensure appropriate tax collection; since such revenue could boost government finances needed for funding developmental projects.

New firms and innovative SMEs play an increasing role as drivers of growth and job creation in most economies. A number of countries have witnessed, and are still witnessing successful SME-led economic growth and development.

For instance, in India over 95 percent of industrial units are within the small-scale sector with a 40 percent value addition in the manufacturing sector. Enterprises of this type provide the second highest employment levels, behind agriculture and accounts for the 40 percent of their industrial production.

Thus, developing countries can learn a lesson from this example, and thus create and stimulate an environment which incentivizes SMEs growth. This is a sure way of increasing GDP growth while mobilizing technical skills that will drive the future generation in an environment devoid of oil revenues.

Sustainable development has the capacity to fundamentally strengthen adaptive capacity and safeguard national economies’ long-term prospects in the face of decreasing revenues from natural resources.

Thus, going forward, national policies should be geared towards increasing the socio-economic wellbeing of its citizens (in both the short-term and long-term) through maximization of the inflows of income without diminishing the total stock of national assets.

Concluding Remarks
To achieve the goals of sustainable development – which means “meeting the needs of today without compromising the potential for meeting the needs of future generations” – OPEC member states must as a matter of urgency consolidate their fiscal systems and stabilize their macroeconomic environment, with rapid and sustained effort at diversifying their economies.

Member states need, also, to broaden the export market potentials with a diversified export mix, and above all develop strategies for resource mobilization that will entrench capital formation requisite for meeting the needs of future generations.

To guarantee a sustainable future without oil, therefore, countries should begin to adopt a Savings Policy in the interest of the present and future generations. Such savings would act as real stabilization funds or buffers at such times when oil revenue may become insignificant.

Such savings could be set aside for investment in low- risk bonds so as to earn greater returns for the government, and thus provide for future generations. It is imperative to save today, so as to protect the economy from volatility in the international oil market, thereby providing sustainable capital growth that will serve as the buffer or ‘safety net’ for present and future generations.

Some other important safeguards against crude oil price volatility are as follows:
– utilizing crude oil and natural gas as a feedstock, i.e. expanding the scope of the downstream petroleum sector;

– forging a strong linkage of the upstream and downstream sectors of the oil industry;

– prudence in the management of costs of oil and gas operations;

– finding a balance between the removal of fuel subsidies and providing ‘safety nets’ for the citizens;

– curtailment of government revenue mismanagement, misappropriation and misapplication; and

– massive investments in infrastructure development to create the government expenditure multiplier effects on the economy.

A conscious effort needs to be made today, to liberate countries from the shackles of the ‘Dutch Disease’ tendencies which have bedeviled most oil-producing nations for decades.

The key to this is ‘Mobilizing Today for a Future without Oil”.
It was not raining yet when Noah built his famous Ark!